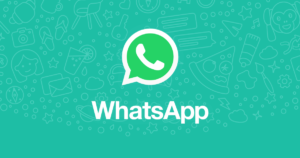 WhatsApp has announced new features in its latest update. The Facebook-owned messaging app has announced a truckload of new features which will be slowly rolling-out to its two billion users worldwide. The features will be available on iPhone, Android and Web chat apps – so nobody should miss out on the latest batch of goodies.

The new features include animated stickers, QR codes for scanning contacts and much more.

Upgrading from stickers, WhatsApp is ready to introduce animated stickers which are even more fun and expressive.

Adding contacts on WhatsApp will be easier after the introduction this new feature. Users can just scan the other person’s QR code and add them to your contacts.

Dark mode has been available on the mobile application for some time now. The instant messaging application is now extending the same dark mode to WhatsApp Web users.

Since the app now support up to 8 people on a video call, WhatsApp has made it easier to focus on one speaker or participant by letting pressing and holding their window in order to maximize them to full screen.

The company has also added a video icon in group chats of 8 or less, so the user can easily start a group video call with 1-tap.