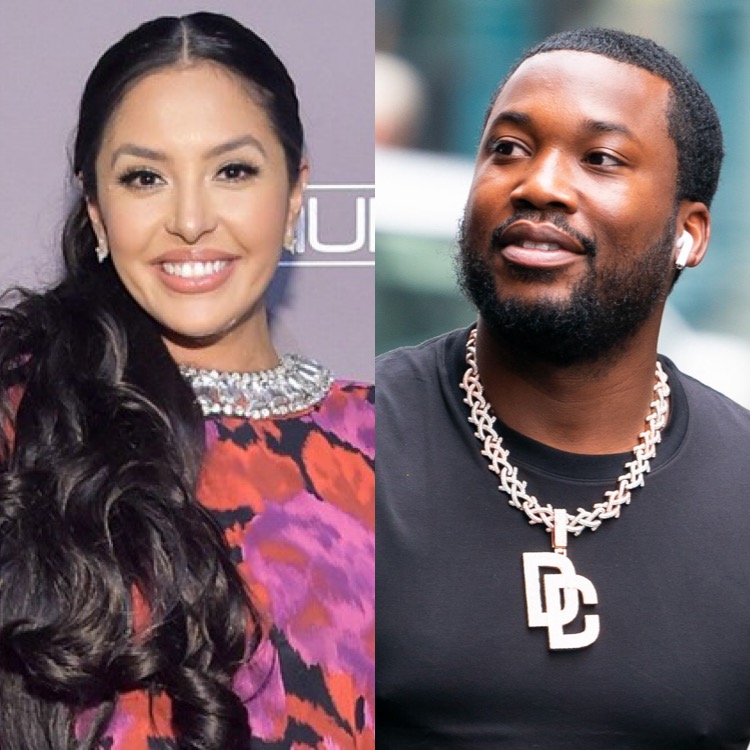 Vanessa Bryant took to Instagram to call out Meek Mill over a line that many viewed as being disrespectful to late basketball legend Kobe Bryant.

The lyrics in question, which appeared to reference the Jan. 26, 2020 helicopter crash Kobe and his 13-year-old daughter Gianna died in, caught the attention of the internet last week after surfacing online.

“Yeah, and if I ever lack, I’m goin’ out with my chopper, it be another Kobe,” Meek is thought to have rapped on the unreleased track with Lil baby

“Dear @meekmill, I find this line to be extremely insensitive and disrespectful. Period,” Vanessa Bryant wrote on her IG Stories on Monday night. “I am not familiar with any of your music, but I believe you can do better that this. If you are a fan, fine, there’s a better way to show your admiration for my husband. This lacks respect and tact.” 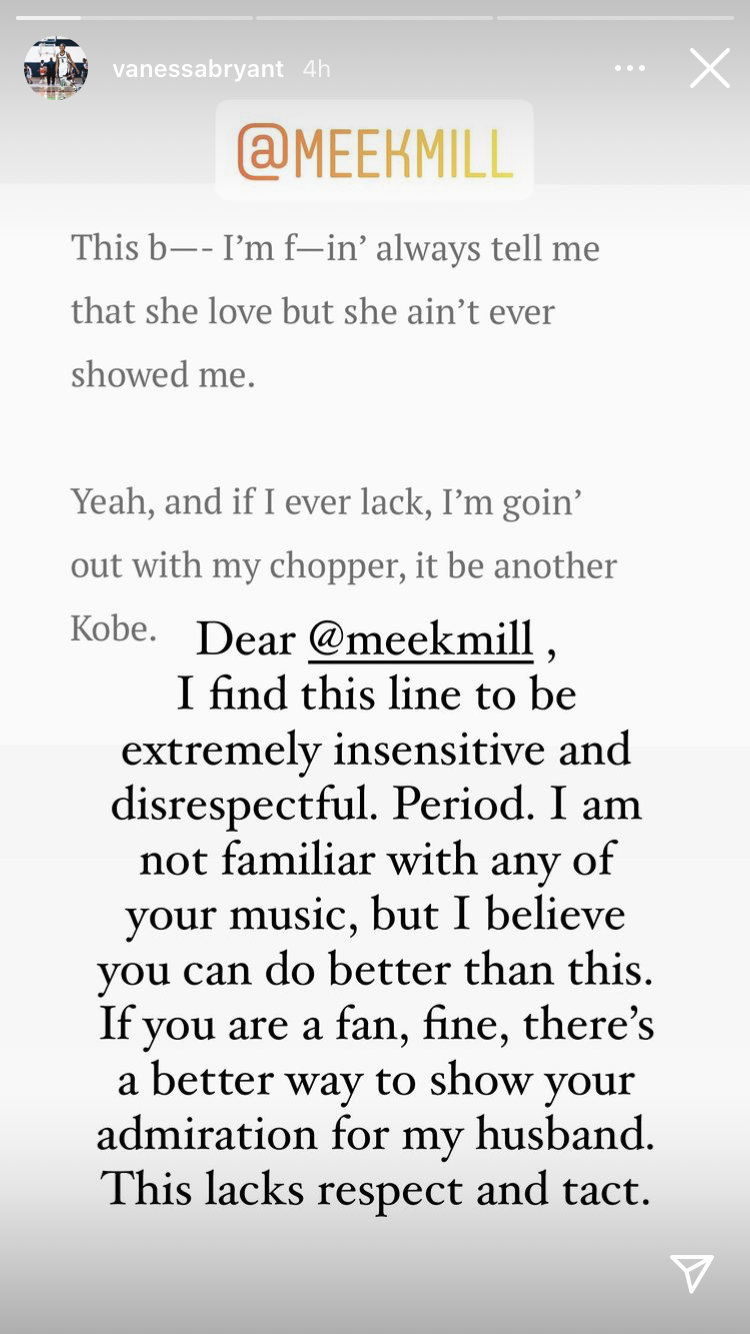 Just minutes after Vanessa Bryant posted the message, Meek took to Twitter to write, “I’m going back savage in this shit … f#%k ya feelings!”

It’s unclear if the tweet was in response to Vanessa Bryant’s message or if Meek has even seen Vanessa’s note at all.