Two Bodies Recovered, Others Missing As Car Falls Into River In Bauchi 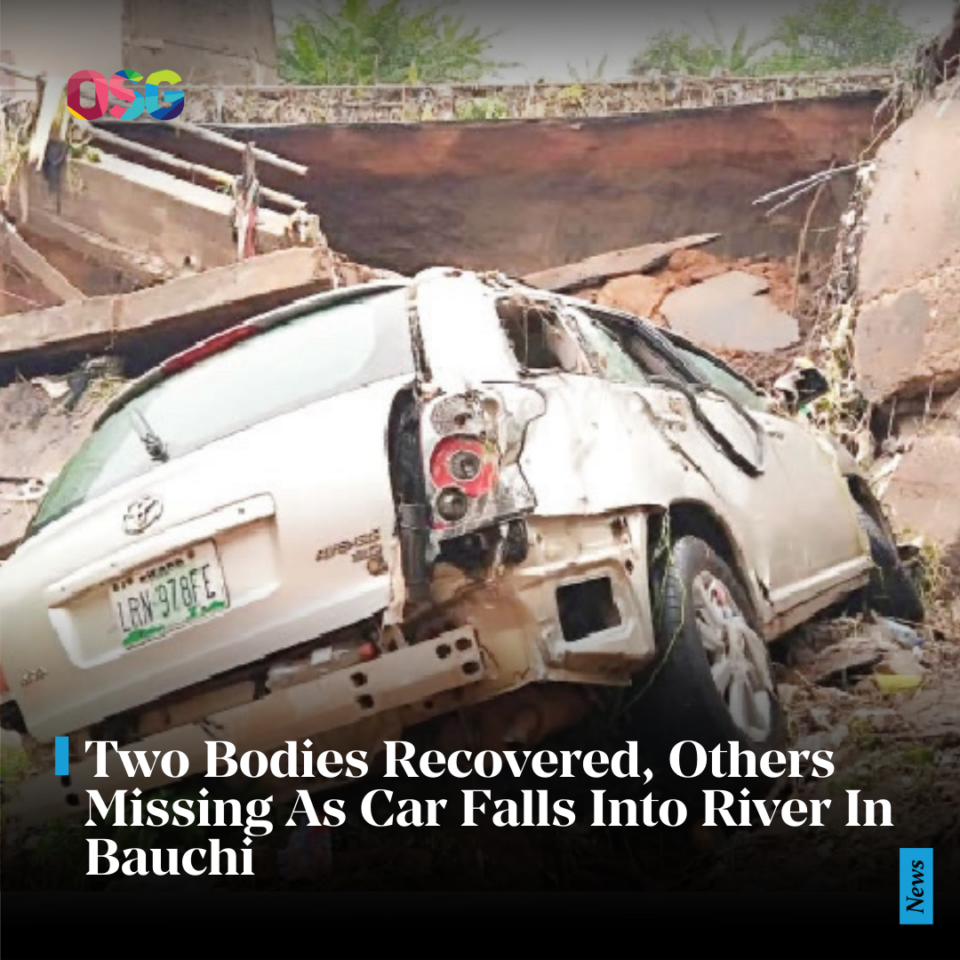 Two persons have lost their lives after a vehicle fell into a river, in the outskirts of Tilden Fulani, along Bauchi-Jos highway in Toro Local Government Area of Bauchi State.

The accident was said to have occurred in the early hours of Saturday, involving seven passengers in a green Opel Vectra with registration number JNN 348 NC.

The intervention of Villagers in the community help out in evacuating the havoc from the river.

Five other passengers on board reportedly drowned in the river and their bodies were yet to be recovered.

The Public Relations Officer, Bauchi State Police Command, SP Ahmed Mohammed confirmed the incident and identified one of the victims as Ibrahim Rabi’u,  41years and from Miya-Barkate of Toro Local Government Area of the State.  He added that the identities of the other corpses were yet to be ascertained.