The Ellen DeGeneres show has officially fired three senior members of its production staff who are the executive producers of the show Ed Glavin, Kevin Leman and co-executive producer Jonathan Norman in the middle of allegations of a “toxic work environment.” 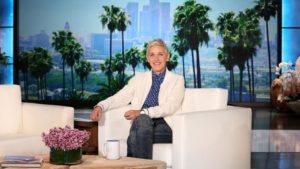 According to CNN, Ellen DeGeneres broke the news during a Zoom meeting with her team on Monday, August 17. CNN also reports that Ellen was emotional and apologetic during the meeting saying that she would interact with her staff going forward and create a safe place for her employees.

“Does that mean I’m perfect? No. I’m not. I’m a multi-layered person, and I try to be the best person I can be and I try to learn from my mistakes,” Ellen said during the meeting, according to CNN. “I’m hearing that some people felt that I wasn’t kind or too short with them, or too impatient. I apologize to anybody if I’ve hurt your feelings in any way,” she added.