“Thank You Jesus, I Won’t Stop Serving You” – Kanye West Thanks Jesus For His Billionaire Status 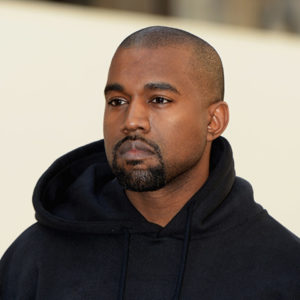 American Hip Hop artist, Kanye West has expressed his gratitude to God as he claims he has a net worth of $5billion after falling ‘$53 million in debt’ some years ago.

While Forbes stated that Kanye’s net worth is almost $1.3 billion, the US rapper revealed that it was $3 billion, during the summer.

Following a publication by OK! Magazine that indicated that his net worth is $5 billion, Kanye West has taken to his Twitter account to celebrate the feat as he opened up on his finance appreciated Jesus for his increase.

“Thank you, Jesus. I know I fall short, but I repent. I am fully in service to our Lord and Savior Jesus Christ.

“We are building schools of the future. Thank God for providing the increase.” 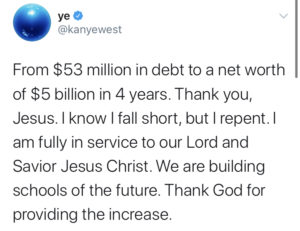