Tokunbo Idowu, popularly known as Tboss, has apologized to singer Davido for criticizing his reaction to the young women who accused him of putting one of them in the family way.

Shortly after Davido’s fiancée, Chioma put to birth, two ladies identified as Helen and Susan made a video, accusing the singer of putting one of them in the family way and denying responsibility.

The matter came to a head when Davido placed a bounty of N1million for anyone who found the ladies. Realizing what they had done, the ladies quickly made another video, apologizing to the singer, noting that they were just playing a prank.

However, when the ladies were found, they were handcuffed together and the video was posted online. The way the ladies were treated did not go down well with many people and they called out the singer over it.

Tboss was one of the people that criticized Davido, stating that his approach to the matter was primitive. But the mother of one has now apologized to the singer for her comment on the matter.

According to her, she reacted based on a distorted version of the story. She noted that her reaction was not from a place of hate. 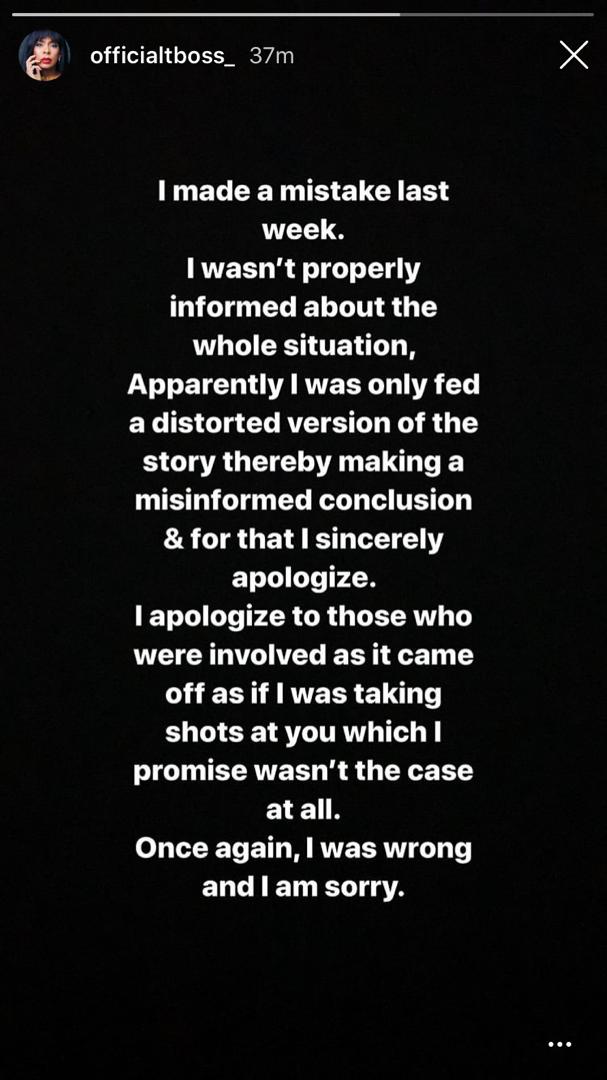 MY JOB AS MET POLICE OFFICER IS ...