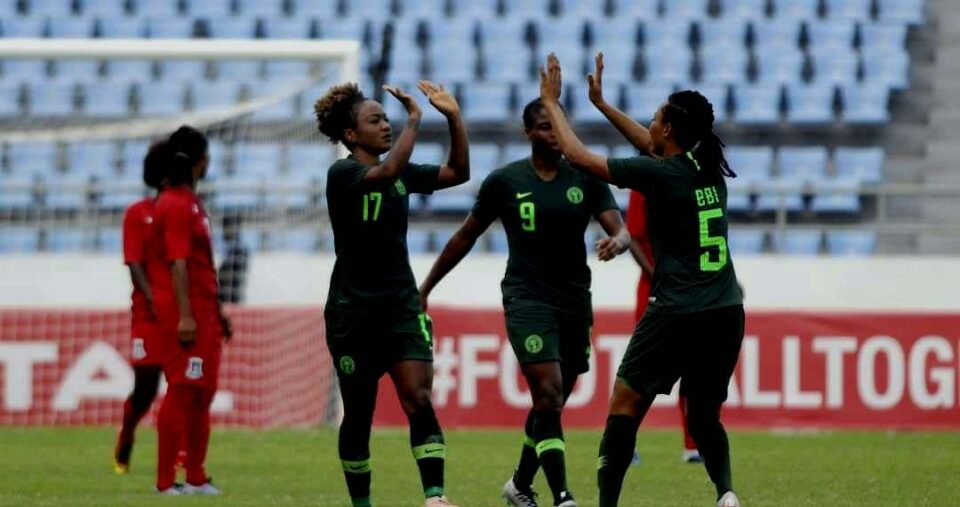 The Nigeria national women’s football team, the Super Falcons have emerged champions of the 2021 Alanya Gold City Cup- first for any team from Africa.

The Super Falcons thrashed their fellow African team, Equatorial Guinea 9-0 to claim their first International silverware in a long while on Tuesday.

After recording successive 1-0 wins over CSKA Moscow Ladies and the Uzbekistan women national team, the Super Falcons knew they needed to finish strong with another win to claim the top prize in the high-profile invitational tournament.

Coach Randy Waldrum made three changes to his side for the Equatorial Guinea clash. Charity Adule, Christy Ohiaeriaku and Uchenna Kanu were given starting berths in places of Halimatu Ayinde, Tochukwu Oluehi and Francisca Ordega respectively on the Super Falcons’ side.