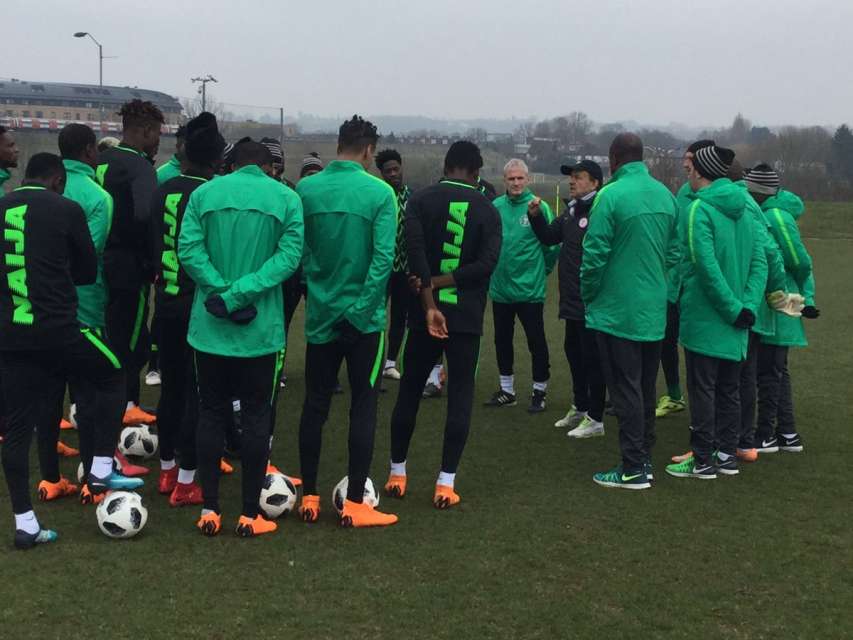 Reports reaching us has it that the Super Eagles of Nigeria trained in darkness at the Stade Charles de Gaulle in Porto-Novo due to broken lights at the stadium.

Ahead of their Africa Cup of Nations (AFCON) qualifier against the Benin Republic on Saturday, March 27, 2021, the Super Eagles arrived at the capital Porto-Novo after a tedious boat trip from Nigeria via Cotonou.

The Super Eagles made their way by road to Porto-Novo to train at the Stade Charles de Gaulle where they will play the game against the Benin Republic today.

After arriving at the stadium at about 7 PM local time, the Super Eagles trained in the dark due to broken light.

The facility managers insisted that the light was broken and blamed the situation on their late arrival to Porto-Novo.

“It was very late, we couldn’t do a training session, we missed the light, the light was broken,” Super Eagles coach Gernot Rohr said about the situation.

The Super Eagles need just a point to seal qualification to the AFCON and lead the group with eight points from four games.

The Benin Republic are second with seven points ahead of Sierra Leone who have three points and Lesotho who have just two.