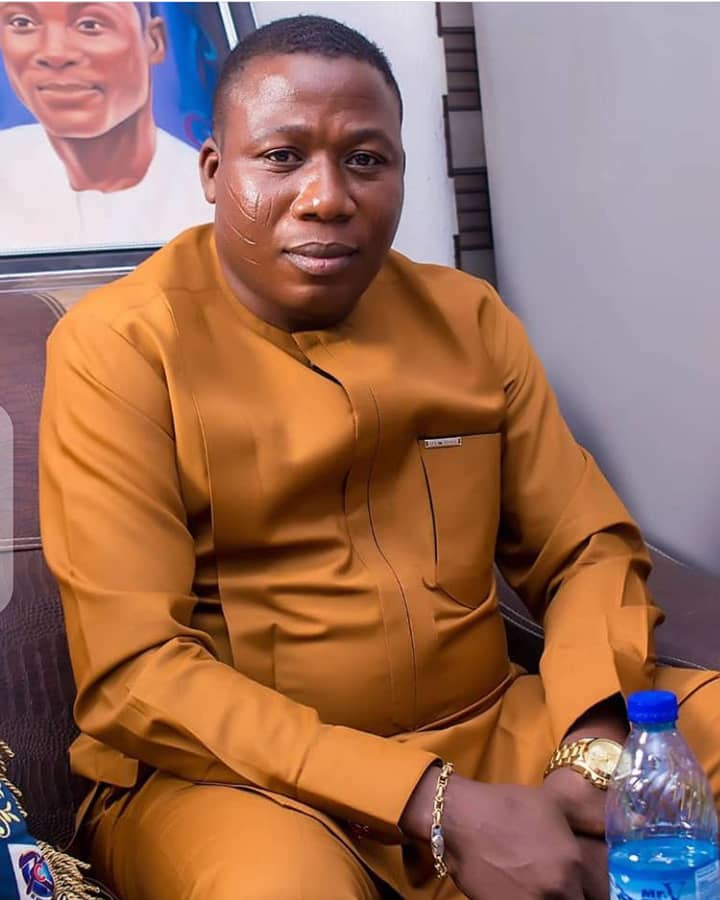 Sunday Igboho has tendered an apology to the Ooni of Ife, Oba Enita Ogunwusi after labelling him and other Yoruba leaders as ‘Fulani slaves’.

During a virtual meeting which was held on Tuesday, February 2, Sunday pinned the blame of not telling Buhari about the ordeal of Yorubas in a meeting in Abuja last week on Ooni. He labelled the Ooni, APC National leader Bola Tinubu, Governor of Oyo state, Seyi Makinde and other Yoruba elders as “Fulani slaves”.

“Our leaders are lazy and slaves to Fulanis. They visit Abuja to collect money. We will attack them and destroy their property. Ooni should be dealt with. I am annoyed. Why should we be afraid of the crown they (Yoruba monarchs) wear? Tinubu and other Yoruba politicians are Fulani slaves”

Igboho has asked for a pardon after he received backlashes for his disrespect towards the prominent monarch.

Reacting to that, he rendered his apology during an interview with Isokan Omo Oodua TV.

“They said I insulted the Ooni of Ife. I and the monarch, as well as the Olugbon, have spoken on the phone. The Yoruba tradition doesn’t permit the insult of elders. But because I was pained by the issue, my tongue was caught up in the moment. I spoke according to how pained I was. It wasn’t the Ooni alone I directed my words at, I also did to other elders.

It’s a case of father and child. I and the monarch have spoken as well as the Olugbon. I did not insult the Ooni. And if it appears as if I did, he should forgive me.”