London is home to some of Europe’s most iconic football stadiums from the new Wembley in the north west to the Olympic Stadium – where West Ham will play from next season – in the east.
But have you ever wondered what these grounds – and others such as Arsenal’s The Emirates, Chelsea’s Stamford Bridge and Tottenham’s White Hart Lane – look like from up high against the backdrop of the Capital’s stunning skyline? 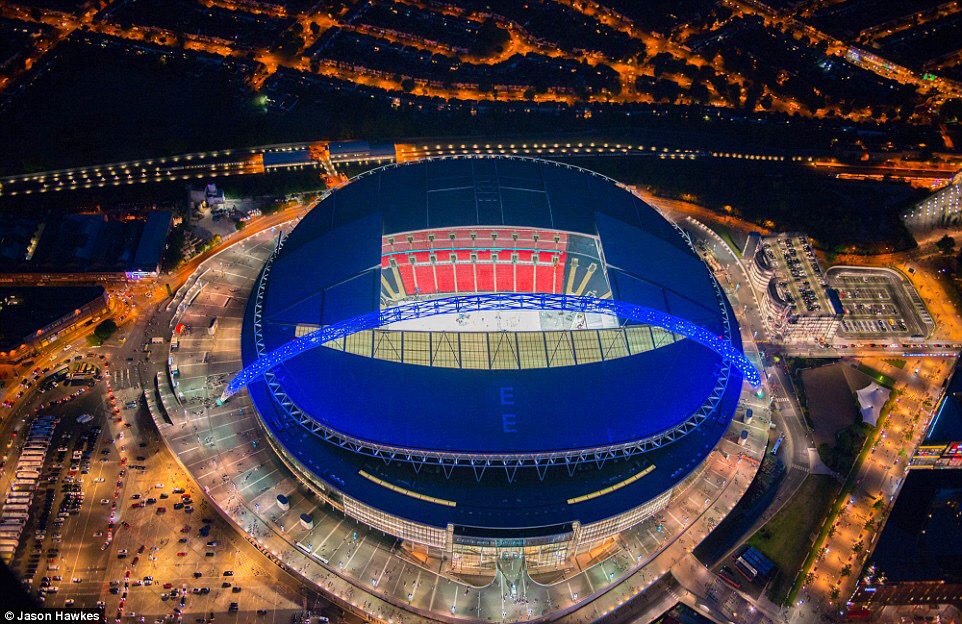 The famous Wembley arch lights up in blue as London descends into darkness. The old Wembley was demolished in 2002 to make way for this state-of-the art ground which opened its doors in 2007 and plays host to concerts as well as football 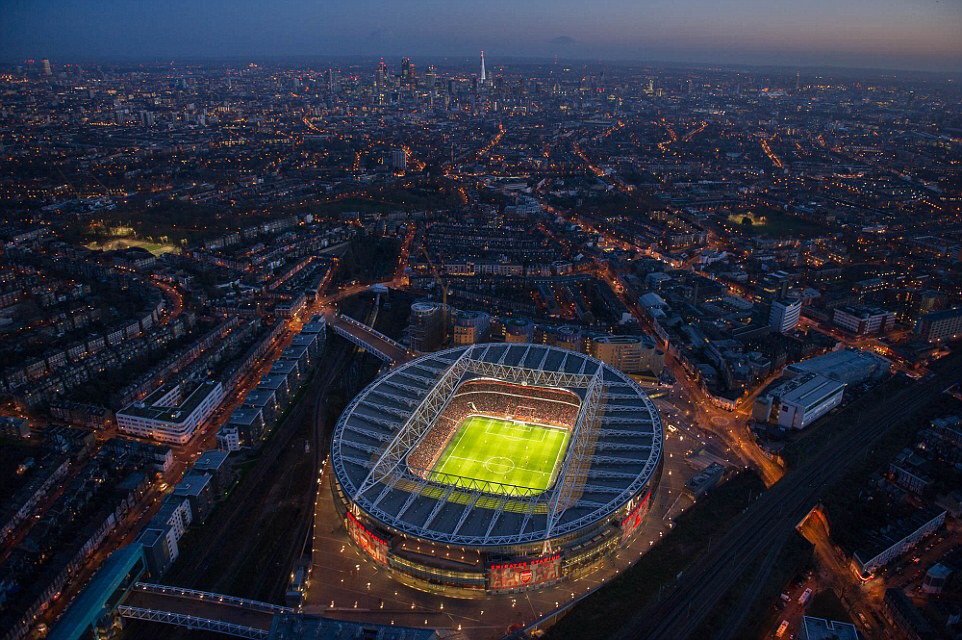 The Emirates Stadium lights up during a night game under the lights. The stunning ground cost £470million to construct 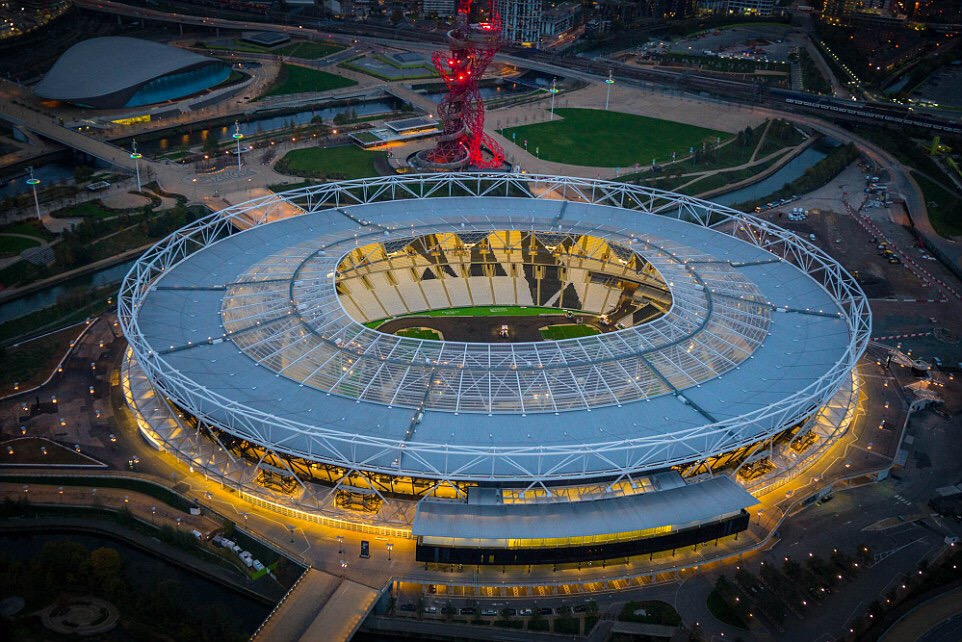 The Olympic Stadium which was built for the London 2012 Games will become the new home of West Ham from the start of next season. 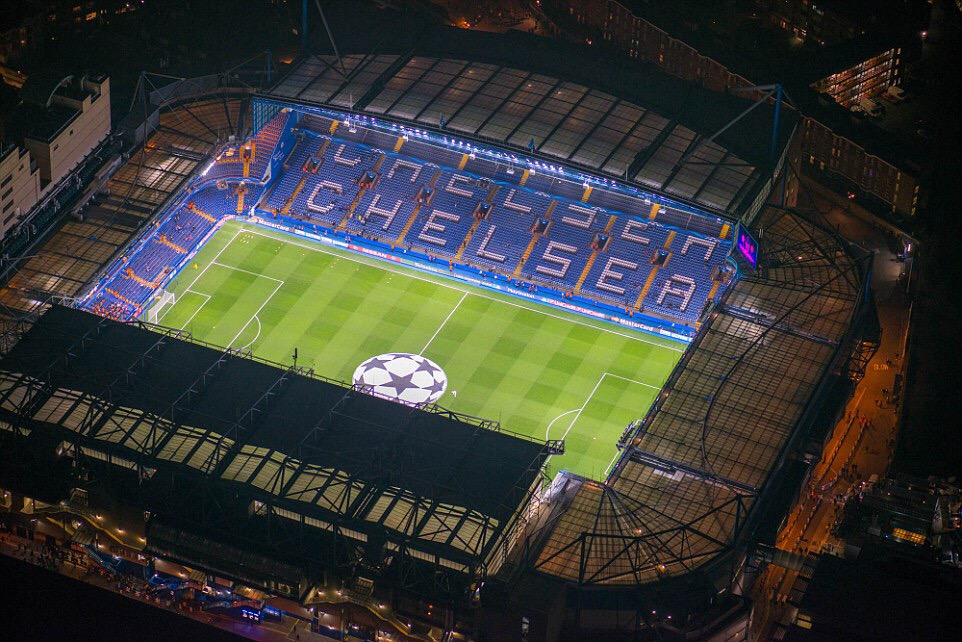 Chelsea play a night game under the lights at Stamford Bridge, which has a capacity of almost 42,000 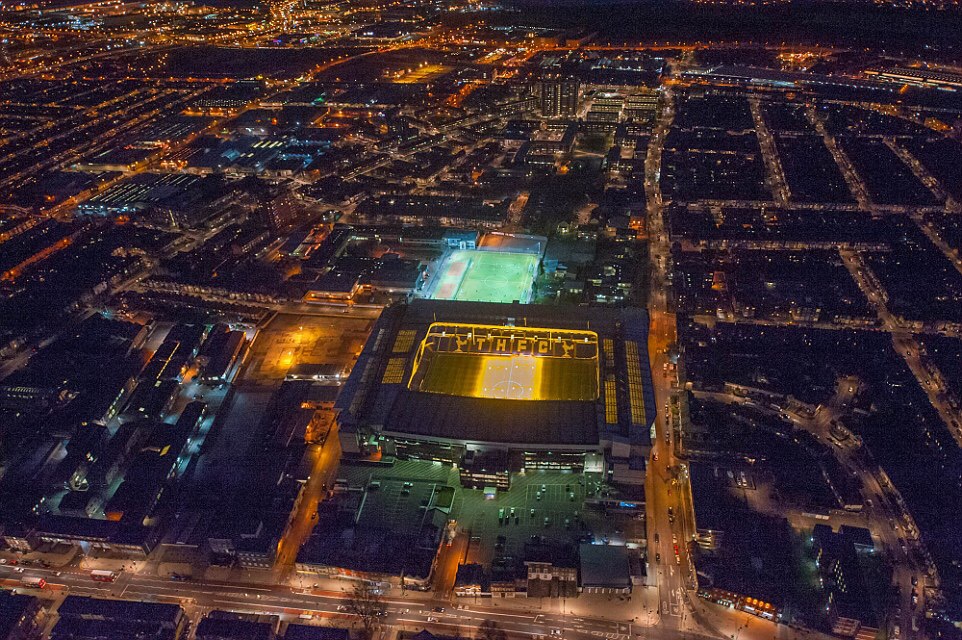 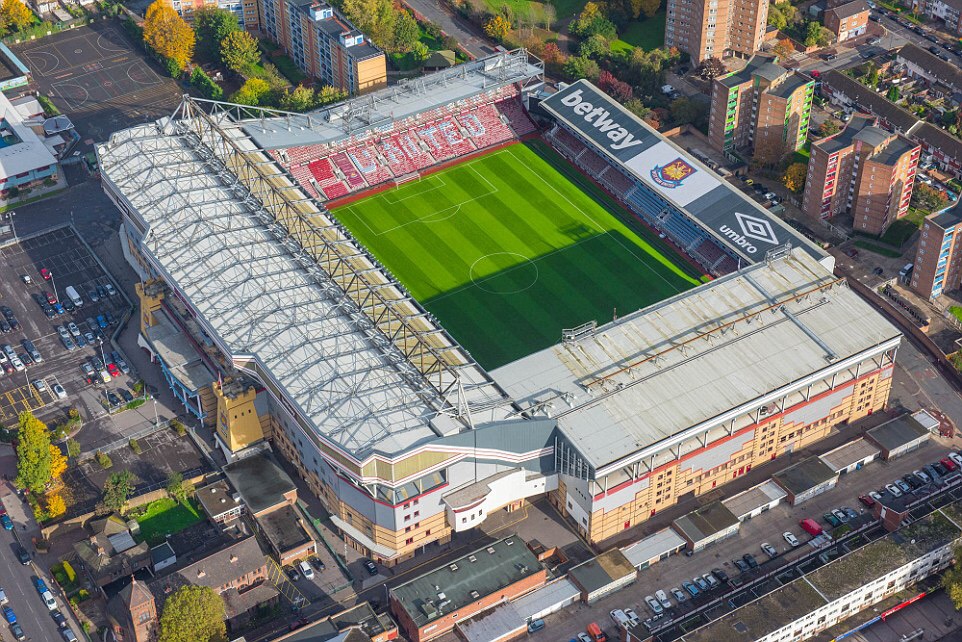 West Ham’s current ground Upton Park is being sold to developers. This season marks the end of an era for the club at the Boleyn Ground