South African disk Jockey, whose contract was recently terminated by his home station; Metro FM has released an official statement, with regards the ongoing rift between the South African Broadcasting Company and the embattled DJ, who was reported for allegedly using inappropriate words against a listener on air.

Prior to the termination of his contract with Metro FM, the bone of contention bordered around the SABC has been found guilty and sanctioned by the Broadcasting Complaints Commission of South Africa (BCCSA) for contravention of clause 6 of the BCCSA’s Code of Conduct, as a result of the comment made by the DJ.

See the statement below; 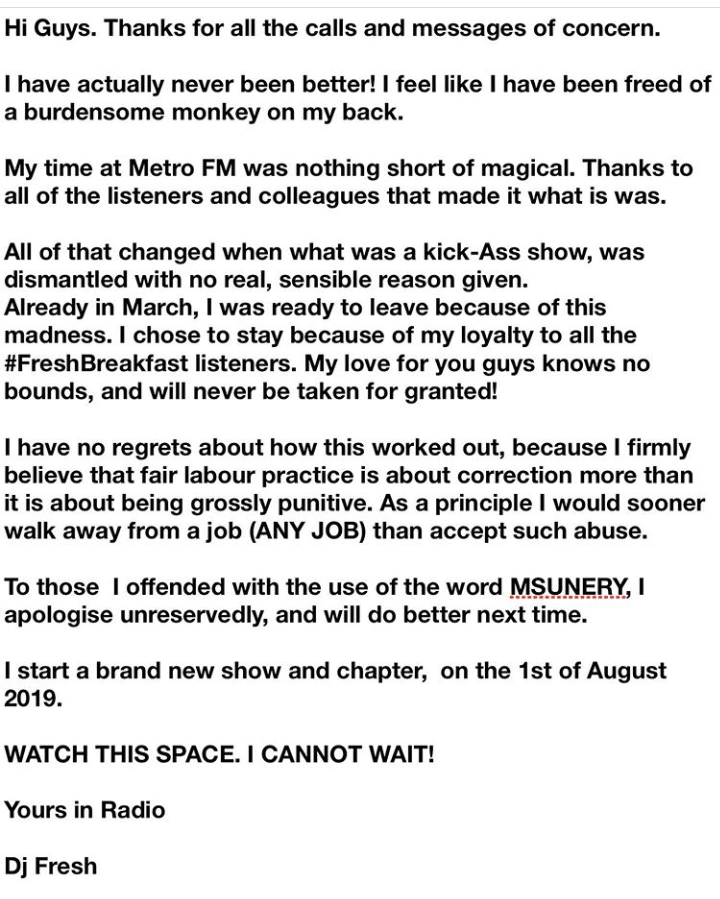