Sophia Momodu Breaks Down On IG Live, Issues Warning To Critics Against Trolling In 2022

Sophia Momodu Breaks Down On IG Live, Issues Warning To Critics Against Trolling In 2022 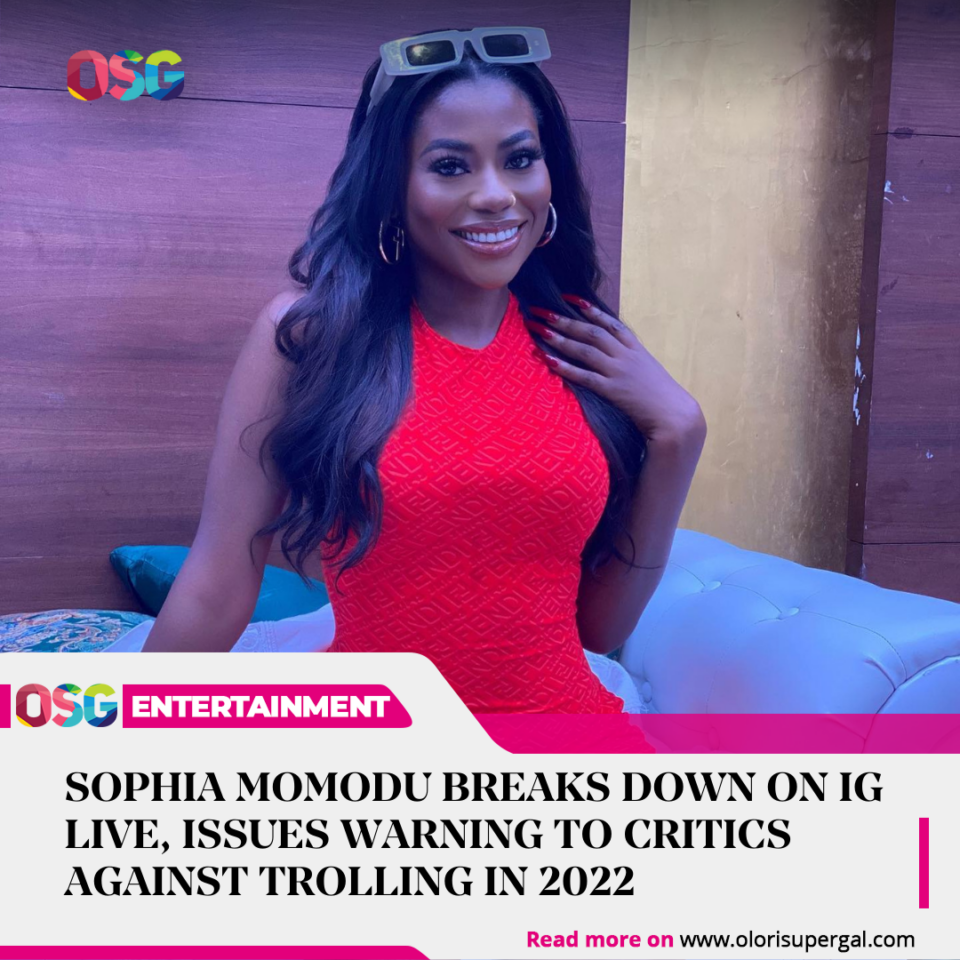 Businesswoman, Sophia Momodu took to social media to warn critics against trolling her in 2022.

Sophia who is the mother of the first child of singer, Davido issued the warning after rumours have it that she had an altercation with Amanda, Davido’s second baby mama, during their stay in Ghana.

During an Instagram live video, she accused social media users of toying with her emotions in the last six years and went on to ask if they want her to raise her daughter in hate.

She concluded by saying that no one will peddle false rumors about her in 2022 as her daughter is growing up and might ask why she never defended herself.

In a series of Instagram story posts, the entrepreneur also called out a blogger for cooking up stories against her.

She wrote, “I just want to be left alone to live my life, mind my business and enjoy! I will never take out anything from your drama out on the kids. They are innocent. Leave me alone.

“It’s been six years of bashing Sophia. Enough is enough. 2022 I will not be silent.”

Sophia noted that she made her daughter meet with her half-sister, Hailey, out of love.

“I made sure that my daughter and her sister saw each other after two years out of nothing but love! I do not regret it and I will never let you people’s hate affect the kids,” she said.

With a note of warning, the mother-of-one added, “Nobody wanted to make this girls’ ticket possible. I fought and insisted, and what I get on return is one dirty blogger spewing lies and fake gist?

“Enough is enough! 2022 you all are not dragging me for free anymore.”

See her posts and watch the video below;