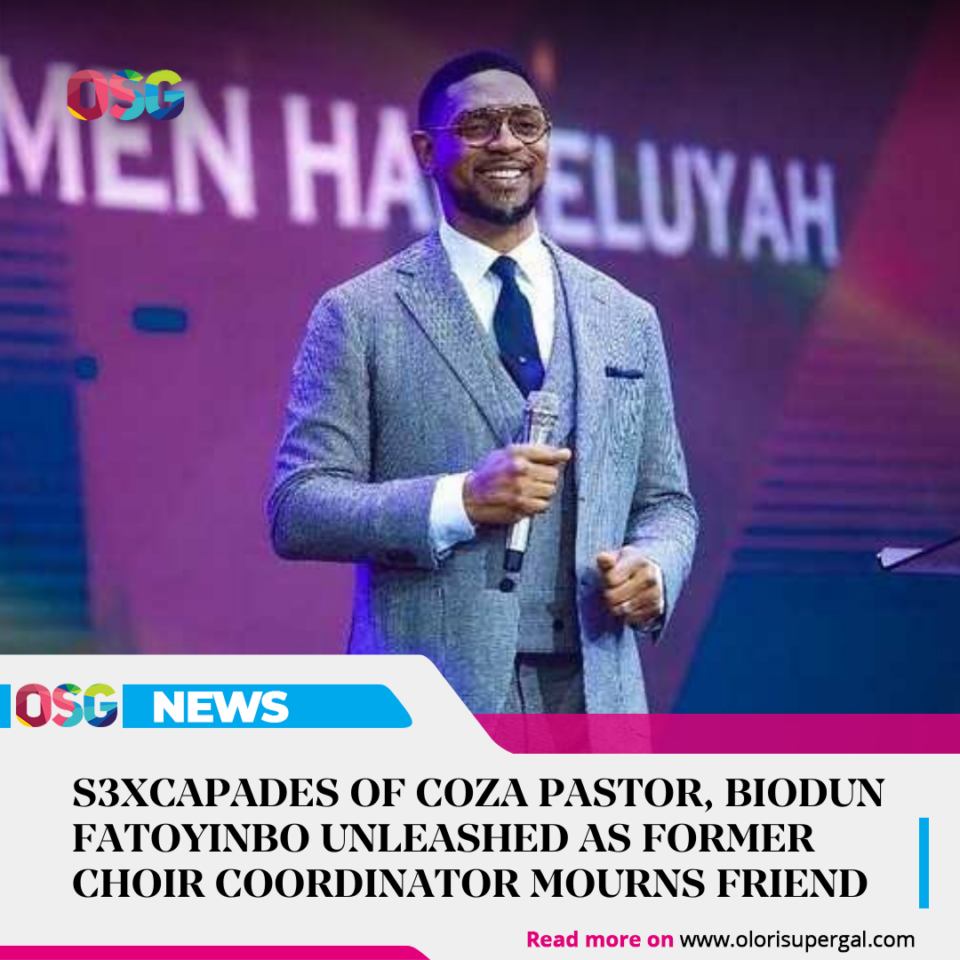 As the Nigerian religious communities continue to witness various sex scandals, the sexcapades of the lead pastor of the Commonwealth of Zion Assembly better known as COZA, Pastor Abiodun Fatoyinbo resurfaces in the new year.

This is coming after a former choir coordinator identified as Nnenna Kalu-Ude took to her Instagram stories to call our Pastor Fatoyinbo and his wife Middle over the atrocities committed in the church while sexually molesting and abusing those who look up to them and seek spiritual guidance.

In her lengthy post, Kalu-Ude said that she is “Inconsolable” as she mourns the death of her friend who was also a chorister named Tega. She noted for so long, people have kept quiet and suffered in silence which comes through all forms of humiliation all in the name of “testing to prove who is faithful”.

According to her, people who dare to speak up about the evil going on in the church either fall ill or die mysteriously. Not stopping at that, she described pastor Fatoyinbo as a community penis and noted that

She further described the COZA Pastor as a “community penis”, while also stating that his wife Modele knows that he “fancied the hell” out of her.

Kalu-Ude mentioned a few names such as Stanley Oseju, Demola Adetuberu, Ayo Ayinde, Ayo Fatogun, and several others as the one who cleans up his mess.

Read her posts below,

Recall that in 2019, Busola Dakolo, the wife of Nigeria Singer, Timi Dakolo called out Pastor Fatoyinbo for sexually molesting her at the age of 16, a case which was taken to court at the time.

In her lawsuit, Busola had accused Fatoyinbo of rape, adding that the alleged action of the pastor, as well as his denial in a statement adversely, affected her marital sex life.

She, therefore, demanded “a personal letter of apology” from the cleric to show honest remorse for his misdeeds.

However, denied the allegation saying he has never had any private interaction with her beyond his pastoral duties.

The allegations took a U-Turn as Nigerians protested at the entrance of COZA church at Mobolaji Bank Anthony Way, Ikeja GRA, Lagos. Some of the messages on placards at the protest read;

‘You can not pray rape away’; ‘Pastor is not above the law’; Say No to rape’’ Protecting rapist is unchrist-like’; You should be praying for us, not raping us’. And others called for him to step down.

In the long run. A Federal Capital Territory High Court sitting in Bwari has dismissed Busola’s case against the pastor.

The court also awarded costs of N1m against Busola and held that the fine should have been 10 times more because the court’s time was wasted.

Age Is Telling On Me, Working For ...