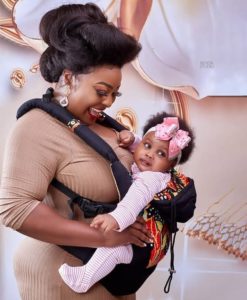 The popular Nollywood actress, Ronke Odusanya has taken to her Instagram page to share an adorable video of her daughter, Fife dancing to one of Davido’s song, ‘Assurance.’

The proud mum also wrote in the caption that her daughter loves Davido’s songs, as her daughter is seen making moves to the lovely ‘Assurance’ music. See her post below:

Ronke Odusanya and her daughter, Fife had also earlier signed a new brand ambassadorial deal with Monmartt Kids at their 5th year anniversary.