Dr. Akinwumi Adesina, President of AFDB Has Been Cleared of Corruption Charges 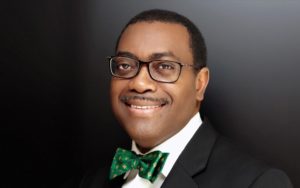 The President of the African Development Bank, Dr. Akinwumi Adesina has been cleared of all corruption charges by the AFDB Independent Review Panel established to investigate the allegations against him.

The panel of three experts, which was led by former Irish President, Mary Robinson alongside Gambia’s Chief Justice Hassan Jallow and the World Bank’s Vice President, Leonard McCarthy, disclosed this in a report after its findings in respect of the allegations.

Part of the report reads as follows: “The Panel explained at the outset that it was dividing its Report into two parts. In the first part, it considered the complaints provided to the Ethics Committee by the whistleblowers and found that they had been properly considered and dismissed by the Committee. In its second part, it considered, in the interests of due process, the responses of the President.

“As it has explained, the Panel has not passed judgment on the President’s evidence. It has also borne in mind that the whistleblowers’ complaints were wrongly publicized and that fairness required that the President be heard. It has considered the President’s submissions on their face and finds them consistent with his innocence and to be persuasive.”

Akinwumi Adesina had earlier faced allegations of abuse of office, including favouritism in hiring fellow Nigerians and giving out overly generous severance packages. He denied the allegations made against him and an independent panel was established to investigate the allegations.

Now that he has been cleared of all charges, Akinwumi Adesina can now seek re-election as the president of the African Development Bank. He is expected to run unopposed.