The former governor of Imo State; Rochas Okorocha, who only stepped down from power yesterday, May 29 has been arrested alongside his wife; Nkechi.

This arrest by the men of Economic and Financial Crimes Commission is coming swiftly, as the governor’s tenure only ended a day ago. The governor accused the EFCC of being a party of the prosecution being led by his party(APC) for his rift against Adams Oshiomole; the party’s national chairman, which was also accompanied with freezing the state’s account. 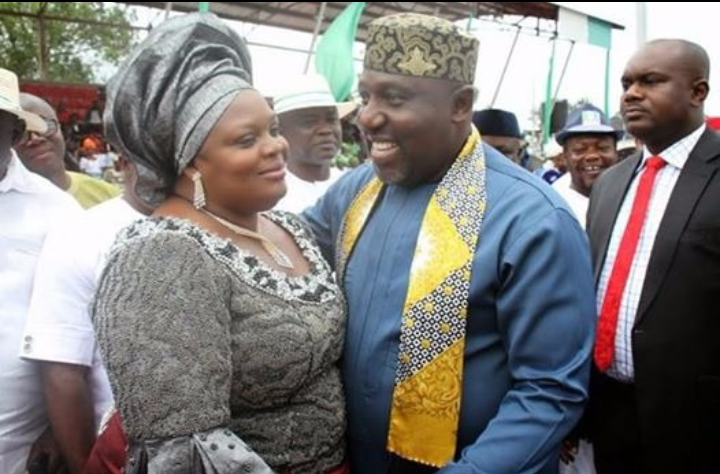 In response to this allegation against the anti-graft commission, a statement was released which read; “It is pertinent to let Nigerians know that on the eve of the rescheduled March 9, 2019 governorship election in the state, the EFCC got intelligence that part of the Paris Club refund to the state was about to be used for purpose of vote buying and other sundry fraud. Arising from the development, the EFCC swung into action and succeeded in blocking withdrawal of the said fund, as well as trace the usage of N500 million which had been withdrawn in cash, out of which N77 million was recovered.”

The news is not coming as a surprise as one of his former colleagues; Ayo Fayose also turned himself in, in like manner and had himself investigated for crimes related to money laundering.