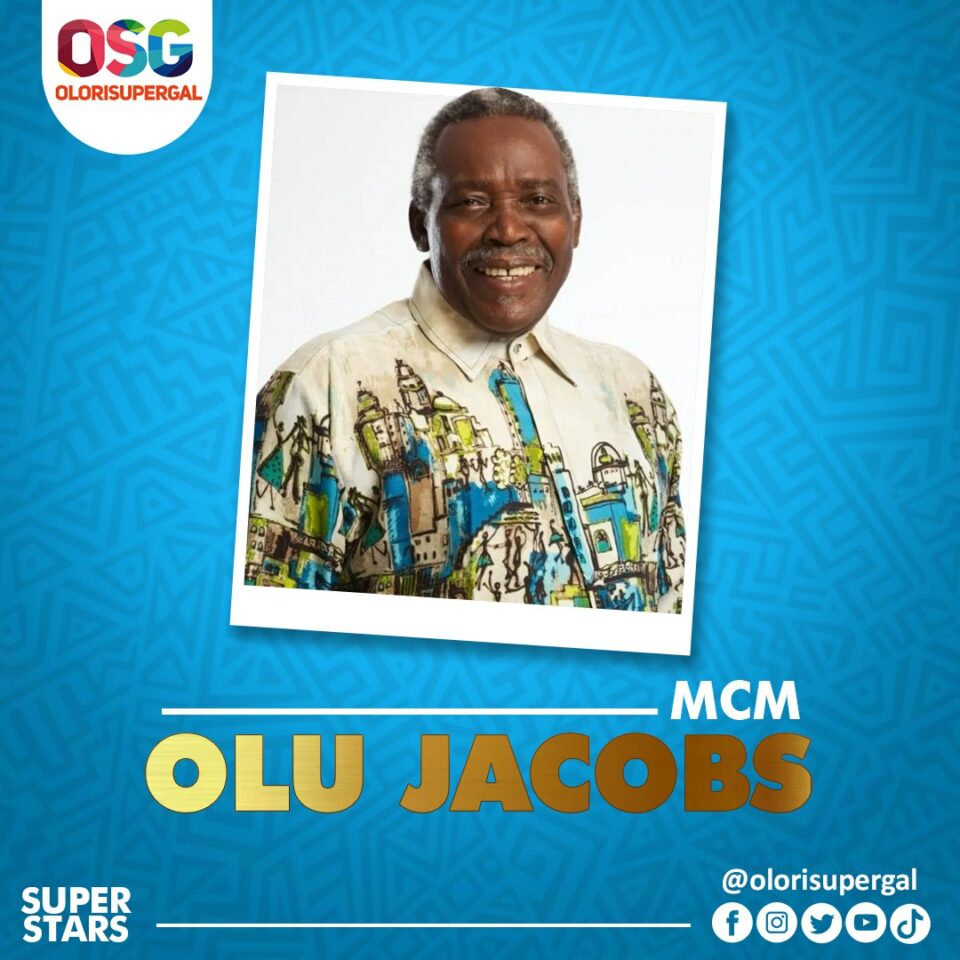 Having starred in several British television series and international films, he has been hailed by many as one of the greatest and most widely respected African actors of his generation.

He has distinguished himself as a godfather in Nollywood, paving a successful path for many emerging actors and actresses in the industry.

Olu Jacobs’s love for acting was inspired by the late legendary filmmaker, Hubert Ogunde’s annual concert party which was held at Colonial Hotel in Kano, thereafter, he travelled to England where he studied acting at the Royal Academy of Dramatic Arts in London.

He has won numerous awards and accolades for his outstanding performances in Nollywood. In 2007 he won the African Movie Academy Award for Best Actor in a Leading Role.

For his dedication to his acting career spanning over five decades, he was honoured with the Industry Merit Award for outstanding achievements in acting at the 2013 Africa Magic Viewers Choice Awards.’ Also, AMAA conferred its Lifetime Achievement Awards on him in 2016.

On 13th November 2021, he was conferred with another Lifetime Achievement Awards by Africa International Film Festival (AFRIFF).

Olu Jacobs is married to veteran actress Joke Silva. The couple founded and operate the Lufodo Group, a media corporation that consists of film production, distribution assets, and the Lufodo Academy of Performing Arts.