The Month of March is women’s month and we would love to celebrate female artistes that rocked the 80s.

We take a trip to our archives to present some of the best Nigerian women in our history.

From Onyeka Onwenu to Salawa Abeni, Nigerian women have contributed immensely in the export of our music to the world. 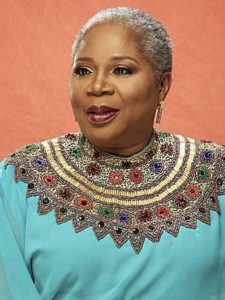 Onyeka Onwenu (born 17 May 1952) is a Nigerian singer, songwriter, actress, journalist, politician, and X Factor series judge. She is the youngest daughter of the Nigerian educationist and politician D.K Onwenu. Dubbed the “Elegant Stallion” by the Nigerian press, she is a former chairperson of the Imo State Council for Arts and Culture, and currently the Executive Director/chief executive officer of the National Centre for Women Development.

Onwenu began her music career in 1981 while still working with the NTA, releasing the album “For the Love of You”. Originally a secular artist, she now sings mainly gospel music, and continues to write and sing about issues such as health (HIV/AIDS), peace and mutual coexistence, respect for women rights and the plight of children. Her latest effort titled, “Inspiration for Change,” focuses on the need for an attitudinal turn around in Nigeria. 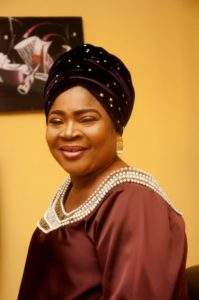 Salawa Abeni Alidu (born May 5, 1961) is a popular Nigerian singer.

An Ijebu Yoruba from Ijebu Waterside, in Ogun State, she began her professional career in waka music when she released her debut album, “Late General Murtala Ramat Mohammed,” in 1976, on Leader Records. It became the first recording by a female artist to sell over a million copies in Nigeria.

Abeni continued recording for Leader until 1986, when she ended a relationship with the record label’s owner, Lateef Adepoju. She married Kollington Ayinla and joined his record label instead, staying with him until 1994. 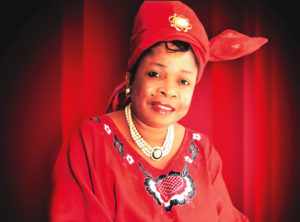 Christy Uduak Essien-Igbokwe MFR (11 November 1960 – 30 June 2011) was a Nigerian musician and actress. Sometimes called Nigeria’s Lady of Songs, she was known for her song “Seun Rere”. She was the first female president of the Performing Musicians Association of Nigeria (PMAN). She was also the chairwoman and managing director of Soul Train entertainment limited.

Essien-Igbokwe sang her songs in Igbo, Ibibio, Efik, Hausa and Yoruba, and as well as in English. Essien’s fluency in Igbo, Hausa, Yoruba, English and her native Ibibio earned her an appeal which cut across tribal lines.

The Akwa Ibom born performer also had the honour of composing and performing what would later be known as her state’s informal anthem, “Akwa Ibom Mmi (My Akwa Ibom)” in 1987, its year of creation. The singer, who featured in many national and international shows, operated a shop in Etinan, her native town in Akwa Ibom State where she sold printing machines.

Evi released her debut album “My Kind of Music” in 1987. Immediately she was done with high school in 1985, she relocated to Lagos where she hoped to have a big break in music. She entered Lagos with a demo tape of her songs.

It was while in Lagos, popularly called “Ilu Aromisalegbelegbe” that she met Emma Oghosi who was at that time a divorcee musician in the pop genre. They later got married but was initially her manager and producer. Her debut album was dropped in 1987 and it was titled ‘My Kind of Music’.

This boldly signified her place as Nigeria’s first real female reggae artiste. Thereafter, she released three more albums: “On The Move,” “Happy Birthday” and “Step by Step.” These three albums were very popular, with each going platinum, and she even toured the West African region dazzling audiences with her performances in 1989. She was just about 23 then.

‘Happy Birthday’ was released under Polygram Records (later Premier Records) in 1988. Her songs were socially relevant and were of great benefit to the community at large. For example, in the late 1980s and early 1990s when she reigned on the Nigerian music scene, one of her songs was “Look before you cross” which lectured youngsters on basic road safety principles.

Till today, people still rock her songs at birthday celebrations. She got sponsorship deals from various companies like Pepsi and toured the length and breadth of Nigeria performing to millions. 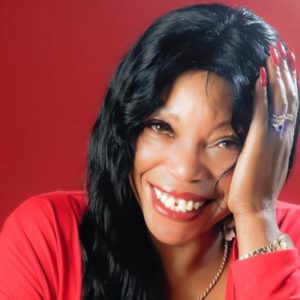 The album was a huge success and took the Nigerian music scene by storm in the 1980s and 90s, all this at a time when disco break-dance music was considered the exclusive domain of western artists.

Onyioha played a big part in helping to break the perception that music was a vocation for academically challenged women. Oby Onyioha’s ‘I Want To Feel Your Love’ album was so successful that at an auction in Europe, the vinyl record sold for $700.