On Saturday, March 14, all roads will lead to Eko Hotel & Suites, Lagos for the 7th edition of the Africa Magic Viewers’ Choice Awards (AMVCA).

It will be another moment for the history books when the creme de la creme of the movie and entertainment industry across Africa gather at the venue to honour and celebrate their colleagues who have made an impact  over the past 19 months.

Here are some of the unmissable moments that guests, and viewers can expect from the 7th AMVCAs:

If the AMVCA Sponsors and Nominees’ Cocktail was anything to go by, then there’ll be nothing but a show of glitz and glamour at the awards ceremony. At the nominees’ cocktail which held on February 27th, celebrities and guests showed up in breathtaking outfits, with Sharon Ooja, Beverly Naya, Timini Egbuson, and Adesua Etomi particularly turning heads.

The fashion statements wat the main event will be even more exciting to see, as a ‘Best Dressed’ award will be presented to winners at the event for the first time ever. It’ll be exciting to see how the celebrities and guests alike will strive to outdo one another in order to walk home with the award. 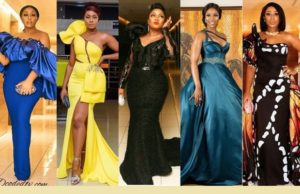 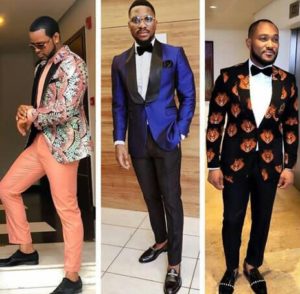 As it is with every award ceremony, there’ll be surprise winners at the AMVCA. Organisers of the award  opened seven categories to the public to cast their votes for their favourite actors and short film, and it’ll be interesting to see who the fans choose in each of the categories. Other categories at the AMVCA will be determined by experienced judges and there might be some wins that we won’t see coming.

All eyes will be on the colourful stage to see the Nigerian or African superstars that will thrill guests at the AMVCA. Nigerian music legend, 2 Baba, has been named the lead act of the night, so guests and viewers know what to expect – world-class music and breathtaking dance moves that will get the arena rocking!

The AMVCA trailblazer award is a way to celebrate and encourage actors who are just getting started in their career. Former Big Brother Naija housemate, Bisola Aiyeola won the award in 2018, much to the delight of her fans and colleagues. Bisola even made a show of the honour, delivering one of the most powerful speeches at the awards ceremony. Movie lovers will be eager to see who walks home with the honour this term. 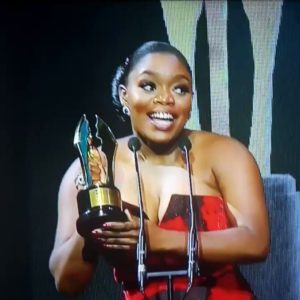 The AMVCA has seen some of the most impactful speeches by Nigerian celebrities. In 2017, veteran actor Bukky Ajayi brought everyone in the hall to tears with her moving speech, while younger actors also shared motivating words to their fans across the continent. While receiving their awards, actors, directors and filmmakers give uncommon insights into their journey as well as backstories of the projects that have brought them the honours. There’ll be more of those this year!

This year’s AMVCA will be hosted by two respected talk show hosts – Nigeria’s IK Osakioduwa and Kenya’s Amina Abdi Rabar. IK will be returning as host of this edition for the 7th time while it’ll be Amina’s first time as host at the event. Attendees at the AMVCA can expect an evening of unbridled fun, as Amina’s vivaciousness and IK’s wit make them a perfect match.