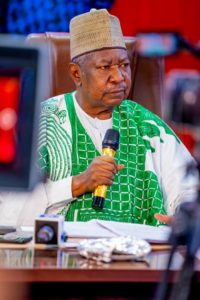 The governor of Zamfara State, Governor Bello Matawalle has made a wild allegation about the previous government.

According to him, a whopping N107 billion was stolen from Zamfara state treasury in a previous administration in the state.

This was disclosed in a recent tweet he made on his official Twitter handle as he announced that he has set-up a committee to investigate the matter.

“Yesterday, I received the final report of Alhaji Ahmad Zabarma led committee on mismanagement of public finances & procurement processes. A whopping sum of N107 billion was stolen from state coffers by previous administration. We will recover these embezzled funds!” 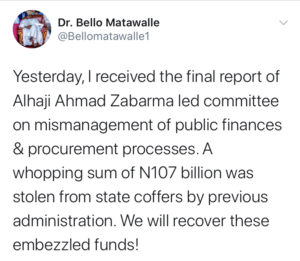