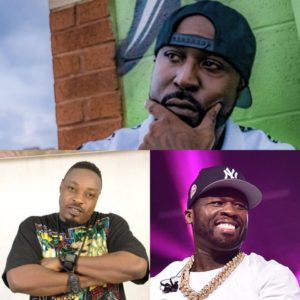 Sixteen years after Eedris Abdulkareem’s fallout with American rapper, 50cent, American rapper and former member of 50 Cent’s G-Unit crew identified as Young Buck has revisited the incident in an interview that has gone viral.

Yung Buck, who was with 50cent in Nigeria when the fight ensued, recalled what happened when 50cent was invited to perform in Nigeria alongside some other artistes.

Asked his unforgettable experience, Buck said although he couldn’t recall the artiste’s name but vividly remembered how he was while standing against the whole crew when asked to vacate first class seat for 50cent.

Young Buckz said it was one of the craziest experiences in his whole life. According to him, the drama started after Eedris occupied a seat allocated to 50 Cent in the first-class lounge.

He said the rapper was approached by security and walked off the plane. However, that was not the end of it.

Young Buck said after the Nigerian rapper was walked off, he made some calls and suddenly there was an individual walking towards the plane on the runway.