Meghan Markle’s father, Thomas Markle who was absent at her royal wedding, finally broke his silence on why he missed the royal wedding in his first ever interview. He opened up about Meghan and Harry and spilled intimate secrets about their relationship.

The 73-year-old described his sorrow at being unable to walk his daughter down the aisle because of heart surgery and admitted he was jealous but grateful that Prince Charles – who he has never spoken to – stepped in at the last minute, reports Daily Mail.

In another interview, Thomas Markle revealed his decision to pull out just three days before the biggest day of Meghan’s life left her sobbing – and that he cried on the sofa of a Californian B&B as he watched his ‘beautiful’ daughter marry in Windsor on a small colour TV. 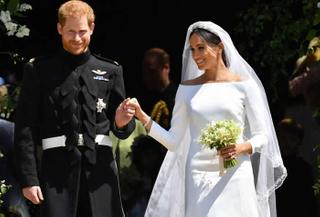 His most controversial comments came when he revealed that Harry confided in him that he is ‘open to Brexit’ and also believes controversial President Donald Trump should be ‘given a chance’.

Later Mr Markle then spoke about his daughter’s desperate wish to have children and said although she is not pregnant he expects the couple will have a baby ‘in the making very soon’.

According to Thomas Markle, he is yet to meet his new son-in-law. Prince Harry had asked for his daughter’s hand in marriage on the phone last December, to which he replied: ‘You are a gentleman, promise me you will never raise your hand against my daughter and of course I will grant you my permission’.

He added today: “Yeah he’s a prince but my daughter has been a Princess since the day she was born.”

Mr Markle was paid a “few thousand pounds” for the tell-all interview with Good Morning Britain and he chose to do it because in his words, he wanted to “set the record straight”, host Piers Morgan revealed afterwards. It is however not certain if Meghan and Prince Harry will like the idea. Because it is understood that he never told them about it and he gave millions of viewers a blow-by-blow account of his private conversations with Meghan and the sixth in line to the throne

“THIS MATCH WITH ICELAND IS THE MAKE ...