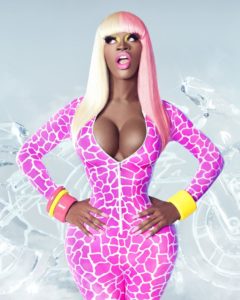 The “Old Town Road” rapper’s costume, which is nod to his days running a Nicki Minaj stan account, caught a lot of attention. Many showered the outfit with praise, but Dave East instead replied to the outfit with the use of a homophobic slur.

“And y’all was mad at me about this n***a,” Dave East wrote alongside an aggregated Instagram post of Lil Nas X’s Halloween costume. “Bati mon bun up!!!!” he wrote in another post, before adding, “I gotta move to Jamaica, @PopcaanMusic on my wayyyyy chubble.” The phrase “batty man” is a homophobic slur that originates from Jamaica, a country in which homosexuality is still outlawed, but only for men according to the International Lesbian, Gay, Bisexual, Trans, and intersex Association.

Stop All Street Protests, Talk With My ...