The Nigerian Institute of Public Relations (NIPR) Lagos Chapter has named Founder/CEO of BHM, Ayeni Adekunle, as the PR Practitioner of the year 2017. This was announced at their annual Gala and Award Nite (LaPRIGA) which held at Four Point by Sheraton, Victoria Island, Lagos on Thursday, December 21, 2017.

According to the Chairman, NIPR Lagos State Chapter, Olusegun McMedal, the award is in recognition of Ayeni’s sterling contributions to the PR practice in Nigeria, especially for his firm’s leadership in innovation and creation of value for the ecosystem with launch of the Nigeria PR Report: the first and only annual report chronicling development, collating data, monitoring trends, perceptions, challenges, and prospects in Public Relations industry in Africa’s biggest market. 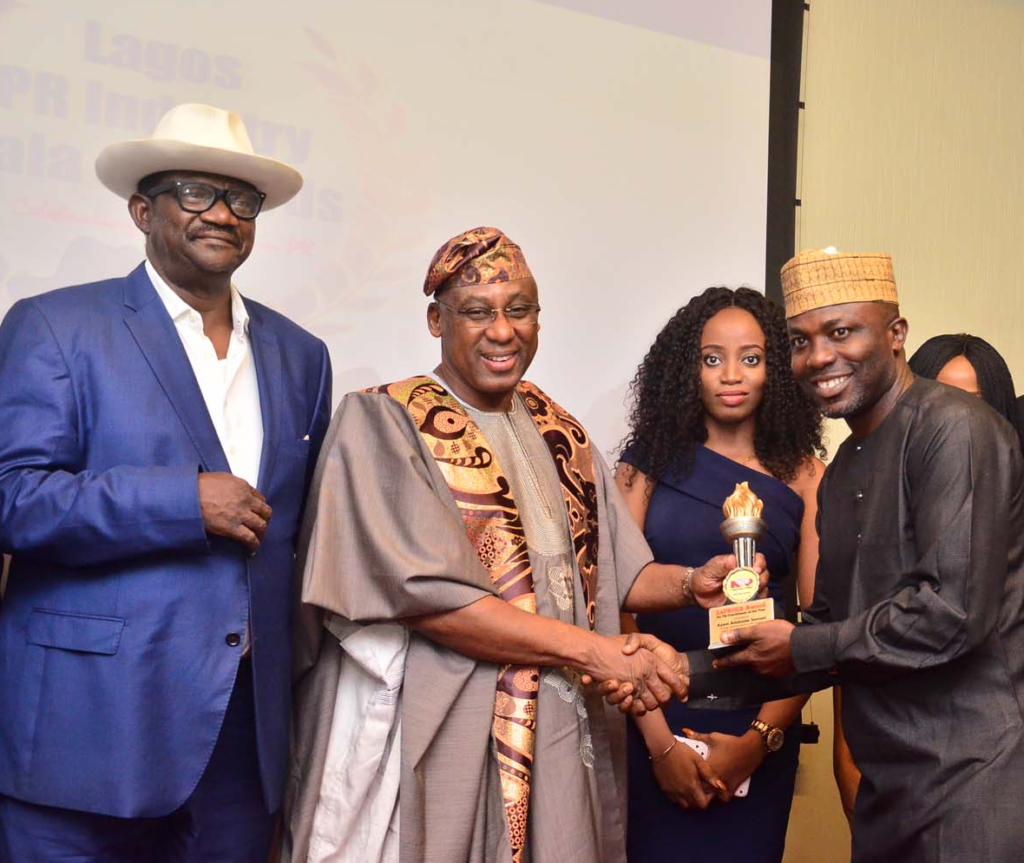 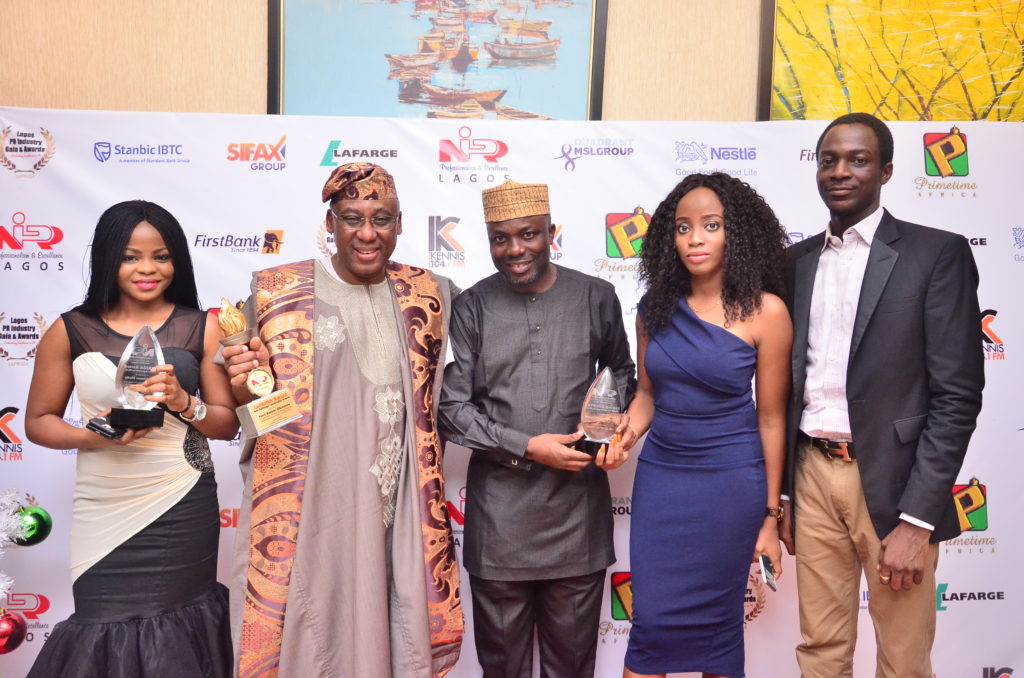 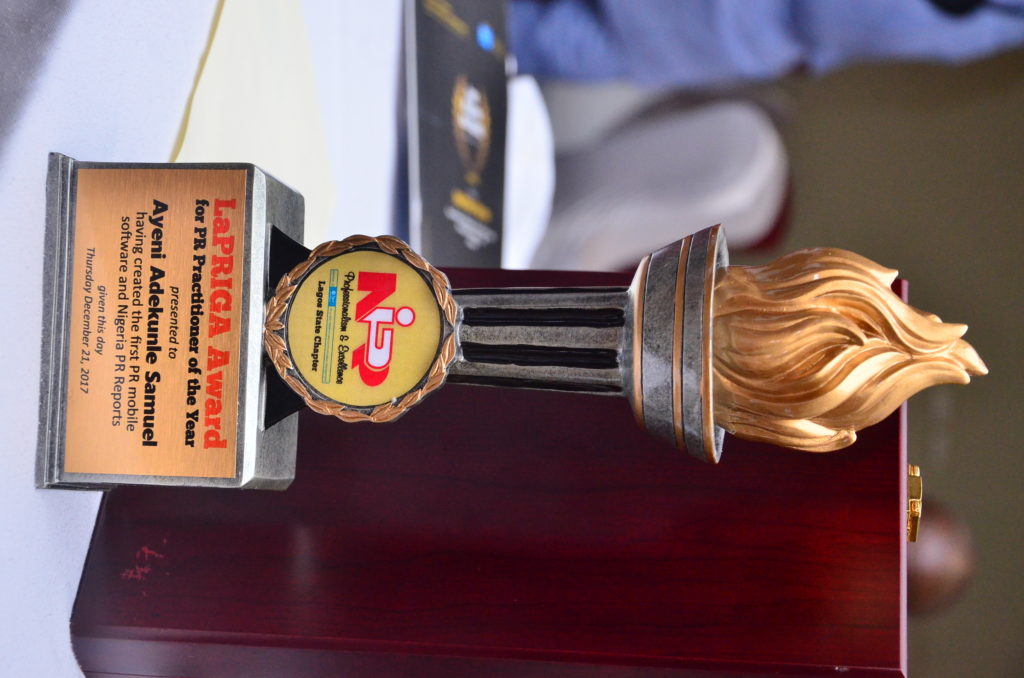 BHM was also responsible for the development of the first PR mobile application in Nigeria, BHM App. Described as a complete resource for the media and marketing communications industry, BHM app serves as a reservoir of information for clients, agencies and the PR industry as a whole.

In addition to Ayeni’s recognition, BHM was also awarded Best Agency To Work, and Agency of the Year 2017. The selection ofBHM according to the organisers was based on the result of a survey of agency employees which scored BHM high on a wide range of parameters, ranging from integrity of senior management, quality of professional development, creativity, empowerment and risk-taking, staff welfare, mobility, retention and emolument.

Nine corporate brands including Chevron, Promasidor, MTN, Firstbank, Airtel, and Dufil were also awarded with the LaPRIGA Award for their extraordinary acts of giving, sharing and loving which has made demonstrable difference in host communities and in the lives of specific persons.

The second edition of the Lagos PR Industry Gala and Awards (LaPRIGA) is themed “celebration of success” with the aim of recognizing excellence in communication professionals, corporate and public organisations in the industry in order to boost professionalism and more investment in the practice.

In a pre-recorded video which was played at the event, Ayeni apologized for not being physically present to personally receive the award and expressed his gratitude to the organizers. He further said “…this award is for everybody that has ever worked atBHM, I take all the credit all the time for what we are doing but from our first staff ever to all the interns that have joined us today, the entire management team and everyone that has worked, are currently working and that will work here in  future, it is because of you that we’re able to say- we’re building a company that will surely go global…”

Ayeni Adekunle is a graduate of Microbiology from the University of Ibadan. Before founding BHM, Ayeni was a journalist Encomium, The Punch, Thisday, and The Africa Report.

Ayeni has been invited to speak at numerous conferences and workshops around the world where he teaches on new media, entrepreneurship,youth culture, public relations, and entertainment.