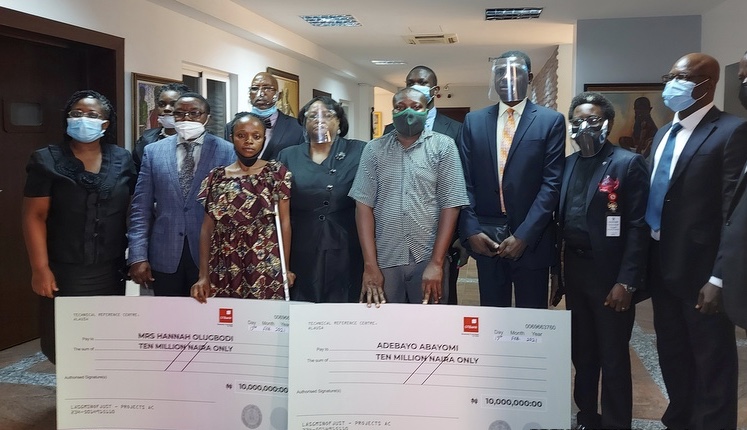 The petitioners, Adebayo Abayomi and Hannah Olugbodi, were compensated for the loss and disability they suffered as a result of misuse of firearms by officers of the Nigerian Police Force.

Mr Abayomi had approached the panel over the death of his mother, Kudirat Abayomi, who was the breadwinner of the family.

He told the panel that his mother’s corpse was left on the ground at the mortuary after she was hit by a stray bullet from police officers. The incident happened on April 4, 2017, at the Onipanu area.

He said his mother, who was selling bean cake in the area, was hit by a bullet and taken in a police vehicle to Olosan police station.

Mr Abayomi said the DPO of the station said he had paid for the deceased to be embalmed but when he got to the mortuary the next day, he met his mother’s body on the bare floor, swollen.

Although Fatai Owoseni, the then commissioner of police, commiserated with the family and instituted an investigation into the matter, Mr Abayomi said the outcome of the investigation was not disclosed.

Mrs Olugbodi, on the other hand, narrated how her left leg was shattered by a stray bullet from officers of the defunct Special Anti-Robbery Squad (SARS).

The incident happened on June 6, 2018, while the SARS officers were trying to arrest a suspected internet fraudster at Ijesha, Lagos.

She narrated that the officers began shooting sporadically at Ogun City Hotel where the suspect was and which was close to a market.

The stray bullet hit her where she was at the market, shattering her left leg.

The mother of two said she could not get adequate treatment and surgery for her leg because her husband and the family had no money.