Reality TV star, Kim Kardashian has finally opened up on her ordeal with the Paris robbers and the subsequent breakdown suffered by her husband and rapper, Kanye West in a teaser trailer for the new Keeping Up With The Kardashians season.

In the trailer released by E! yesterday, Kim Kardashian in the 30 seconds clip revealed her worst fears during the October robbery which cost her an estimated $10million in jewelry.

Kim in the clip was clearly distressed as her sister, Kourtney provided her with emotional support while she opens up on how she was bound and thrown in a bathtub.

She recalled herself thinking: “They’re going to shoot me in the back. There’s no way out.”

Adding that it is difficult for her to speak about the traumatizing event.

“It makes me so upset to think about it.”

Speaking further, the mother of two opened up on her husband, Kany West’s hospitalisation and struggles.

The clip skips on to a point where Kim had to take a phone call in which she was informed of her husband’s condition. She was heard on phone saying: “Don’t scare me, please. What’s going on?” 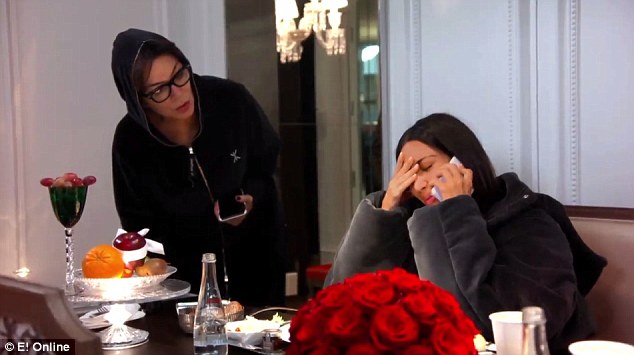 In response to the call, her mom Kris Jenner rushes to find out what the cause of her upset is to which Kim replies her family, “I think he really needs me, and I have to get home.’

Reacting to the ordeals of the year 2016, Khloe noted that the family remains a strong one adding that “We’re so close, we feel each others’ pain.’