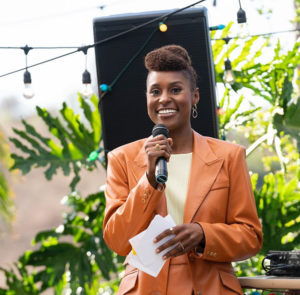 HBO has renewed Issa Rae’s comedy series Insecure for a fifth season, less than three weeks after its Season 4 premiere.

On the show Rae plays Issa Dee, who together with her best friend Molly (Yvonne Orji), navigates the single experience in Los Angeles; their peers sometimes feel intimidated by their success. For Season 4, Rae said that all the characters are leveling up and entering the next phase in life. Issa has quit her job and is on a new venture with her passion project of a block party while Molly is in her first relationship in a long time with “Asian BAE” Andrew (Alexander Hodge) and balancing her personal and work life. Lawrence (Jay Ellis) is thriving to level up on his own.