Halle Berry Pulls Out of Transgender Film Role After Backlash 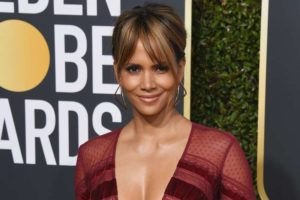 Hollywood Actress Halle Berry has pulled out of a role in an upcoming film in which she’d play a transgender character after facing backlash online.

In an Instagram live interview on Friday, the actor said she had been preparing for the role, but had not been officially cast.

“[It’s] a character where the woman is a trans character, so she’s a woman that transitioned into a man. She’s a character in a project I love that I might be doing,” Berry had said.

She added that she wanted to take a “deep dive” into “that world,” likely referring to the trans community.

However, Berry faced backlash online after misgendering the character multiple times during the interview.

On Monday night, she issued an apology and pulled out of the role, saying “the transgender community should undeniably have the opportunity to tell their own stories.” 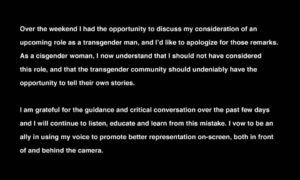 “A Poor Family With Rich Taste Is ...