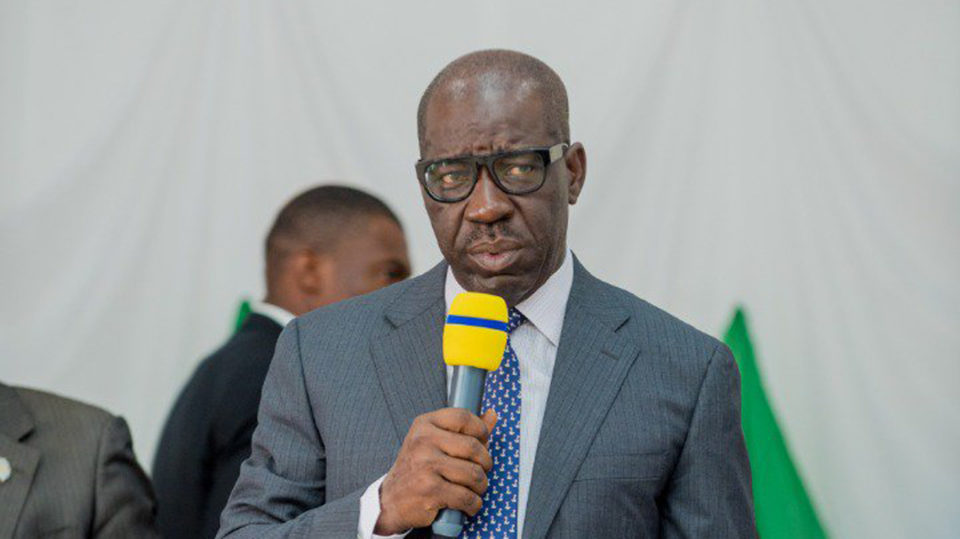 Edo State Governor, Godwin Obaseki’s Aide De Camp, collapsed during the inauguration of the governor for a second term in office.

The incident happened at the Samuel Ogbemudia Stadium in Benin today, November 12, 2020.

A video making rounds showed the moment, the Superintendent of Police, fainted while Governor Obaseki was delivering his speech at the inaugural ceremony.

In the video, the ADC could be seen shaking before he finally collapsed, and other security operatives rushed to him and took him away for medical attention.