Popular broadcaster, Frank Edoho has announced on his twitter page that he has step down as the host of the game show “Who Wants to be a Millionaire“.

Frank disclosed that he decided to decline as the host after much disagreement in negotiations with the production company, Ultima Limited. 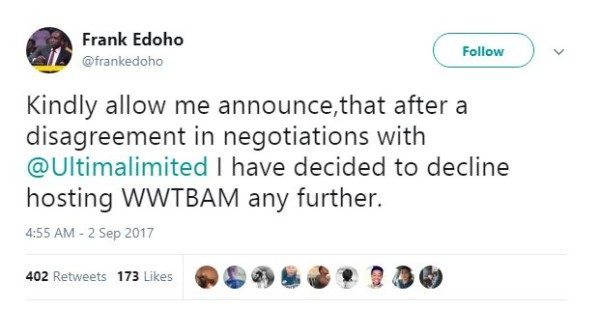