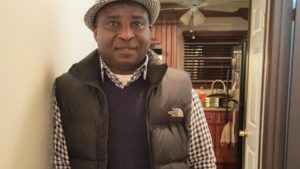 The former Nigerian Super Eagles Star, Musa Nosa Kadiri is dead. He died at the age of 53 after a fall in his apartment in New York.

The resultant fall reportedly led to a bleeding in his brain after which he went into coma before he died. His burial is scheduled to hold on Thursday, July 30 at 491 Dekalb Avenue, Brooklyn, New York.

Musa Nosa Kadiri started off his football career on the streets of his hometown in Benin. He went ahead to play in local teams where he won both local and national leagues. He also played professional soccer in Europe before retiring into coaching.

Apart from football, Musa Nosa Kadiri was also involved in non-profit avenues for children as he founded the Young Rock Soccer Academy in 2002 where he trained kids between the ages of 4-12 in the celebration of soccer.