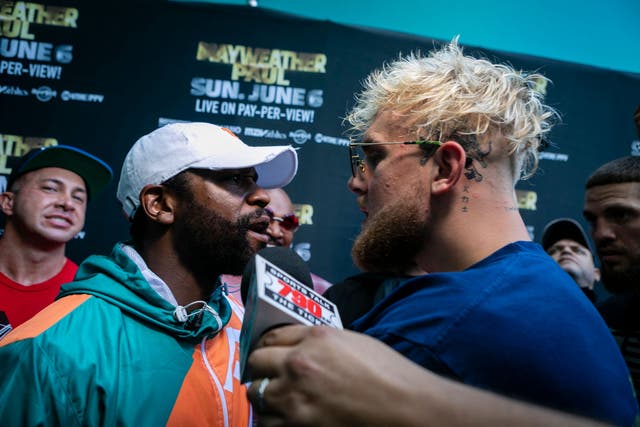 Floyd Mayweather became embroiled in a furious scuffle with Jake Paul at a media event for his exhibition fight against the YouTuber’s brother Logan Paul.

The multi-weight world champion shared a face-off with Logan Paul ahead of their bout at the Hard Rock Stadium in Miami Gardens on June 6, but Paul’s younger brother Jake then confronted Mayweather in front of the cameras.

After a heated exchange of words, Jake Paul ripped off Mayweather’s baseball cap, and the pair clashed angrily in front of the watching media.

The ring legend had to be held back by security as he ranted about Jake Paul, who recently compared himself to Mayweather ahead of his third  pro fight, a stoppage of former UFC fighter Ben Askren last month.