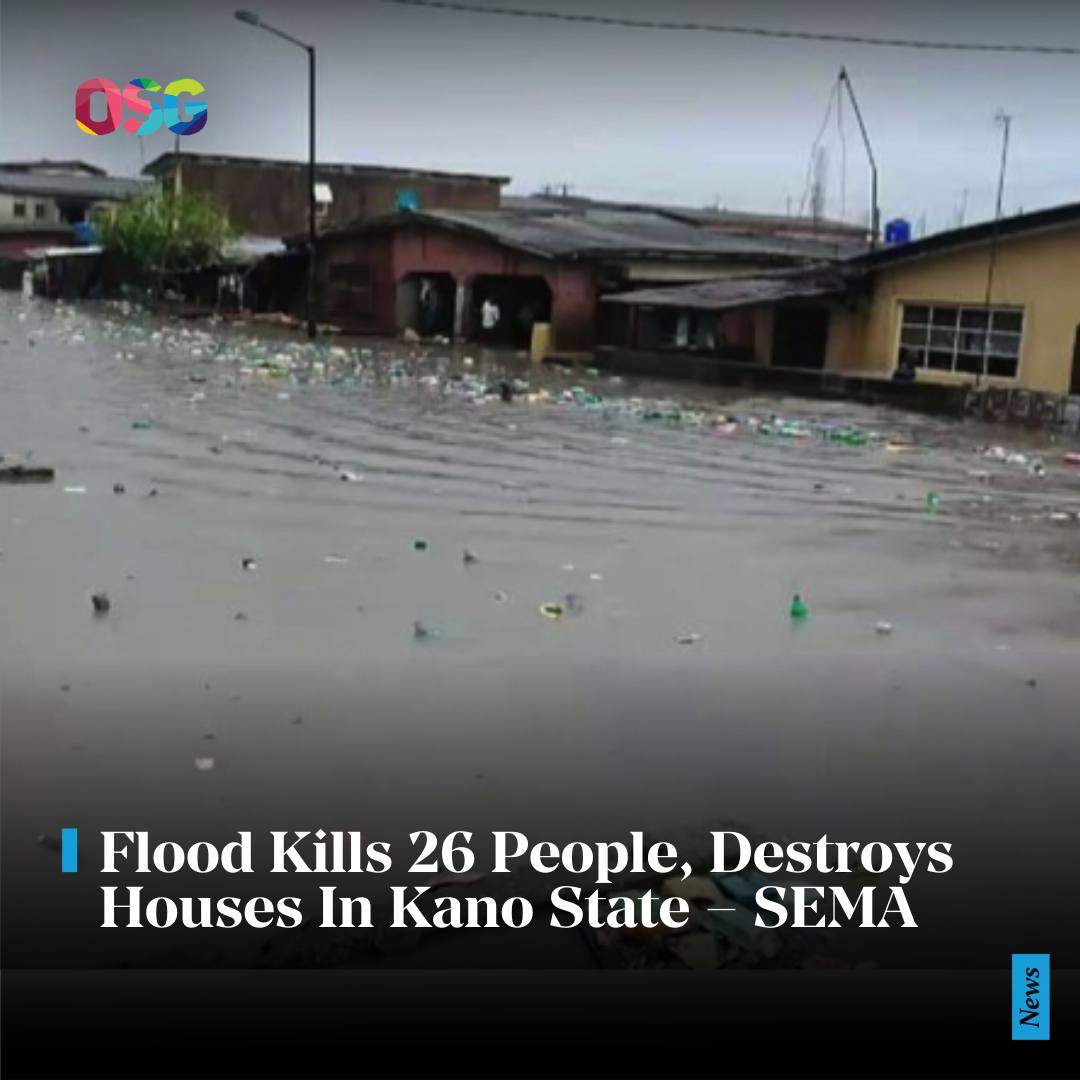 Kano State Emergency Management Agency (SEMA), disclosed on Friday that flood killed 26 people and destroyed over 1,000 houses in four Local Government Areas of the state from April till date.

Dr Saleh Jili, the Executive Secretary, Kano SEMA,  confirmed the figures in an interview with the News Agency of Nigeria (NAN) in Kano. He said that 50 other persons sustained injuries due to the the flood and windstorm.

Jili, noted that the Nigeria Meteorological Agency (NiMet) had earlier predicted that there would be flooding in 25 local government areas of the state this year.

He further said the agency, had visited the affected areas to sympathise with the victims on behalf of state government and distributed relief materials to them to alleviate their suffering.