Former minister of Water Resources, Sarah Ochekpe, has been arraigned by The Economic and Financial Crimes Commission before the Federal High Court in Jos for alleged embezzlement of N450 million. 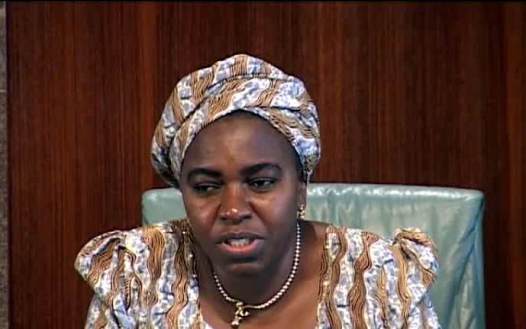 Ochekpe was arraigned along with Mr Raymond Dabo, former PDP Chairman in Plateau, and Evangelist Leo-Sunday Jatau, Coordinator of the President Goodluck Jonathan campaign in 2015.

The accused were charged with illegally receiving the money from former Minister of Petroleum Resources, Diezani Alison-Madueke, to finance the re-election campaign of former President Goodluck Jonathan and his Vice-President.
At the first hearing of the suit, Mrs. Ochekpe told trial judge, Musa Kurya, that she handed over the said sum to the PDP governorship candidate in the 2015 gubernatorial election in the state, the late Gyang Pwajok.
Mr. Pwajok died in an Indian hospital after a protracted aliment after the election which he lost to Simon Lalong of the All Progressives Congress.
EFCC prosecution counsel, Yusuf Muchaka, said the accused persons breached the law by receiving money they knew was corruptly sourced.
He supported the charge with an affidavit sworn to by Olayinka Rotimi, an operative with EFCC who was part of the team that investigated the case.
The judge granted the accused persons bail on self-recognition and adjourned the case to February 13 and 14 for further hearing.