DJ Cuppy has debunked rumours that she and boyfriend Victor Anichebe have broken up.

The rumours started going around after she commented: “Ode” which is Yoruba for “Fool” in a post that asked people to describe their exes in one word.

DJ Cuppy had also posted a video of Anichebe leaving a hotel room, captioning it “When you’re cool with your ex. She also posted another video with the caption “My ex came to drop off my stuff, I’m harassing him.. we’re cool tho”.

In the videos posted to SnapChat, DJ Cuppy is heard saying “You are my new best friend”.

Because of the statements she made in the video, it is unclear whether their relationship is intact or she is joking.

Rumours began to spread that she chased him out of their hotel room in Dubai after the video was posted.

Cuppy has, however, took to her Twitter page to dismiss the breakup report. She tweeted: 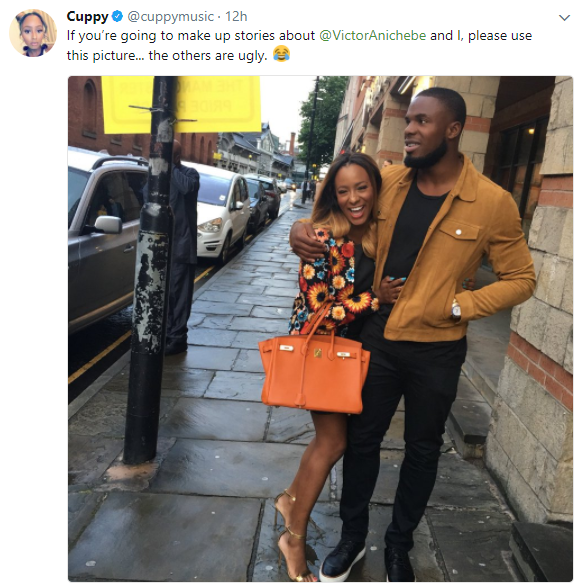