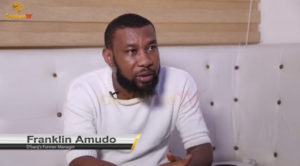 Popular Nigerian MusicianOladapo Daniel Oyebanjo know as D’banj has been entangled in a messy drama involving the alleged rape of a lady in 2018.

Couple of weeks ago, a Nigerian model scout, Benjamin Ese, had alleged that Dbanj raped his friend on December 31, 2018, at a hotel in Victoria Island, Lagos.

According to him, his friend was forced to share her story after the Kokomaster joined in preaching against rape on his Instagram page as follows,

The lady identified as Seyitan Babatayo eventually revealed herself, sharing more details about what transpired the night the singer allegedly took advantage of her.

She confirmed the claim with details of what transpired that night in a now-deleted set of 13 tweet-thread on Wednesday, June 3, 2020 where she stated that she was invited for an all-white party at Eko Atlantic (splash off) which was an all-night party on the 30th of December 2018, by Franklin, Dbanj’s ex-manager.

D’banj’s Ex-Manager Franklin has come out to Confirm some of Seyitan best known to his Knowledge, in an interview with GoldmyneTV Franklin Stated that Seyitan slept in his room, because she couldn’t go back home at that time, since he wasn’t going to use his room he gave her the key to spend the night, which Seyitan did. He then added that Seyitan Called him the next day, asking if he knew D’banj was coming to the room she slept in and Franklin says he didn’t know before She went ahead to tell Franklin that D’banj had Raped her.

This comes after Dbanj sued Seyitan Babatayo for N1.5 billion for alleging that he raped her in a Lagos hotel in 2018.