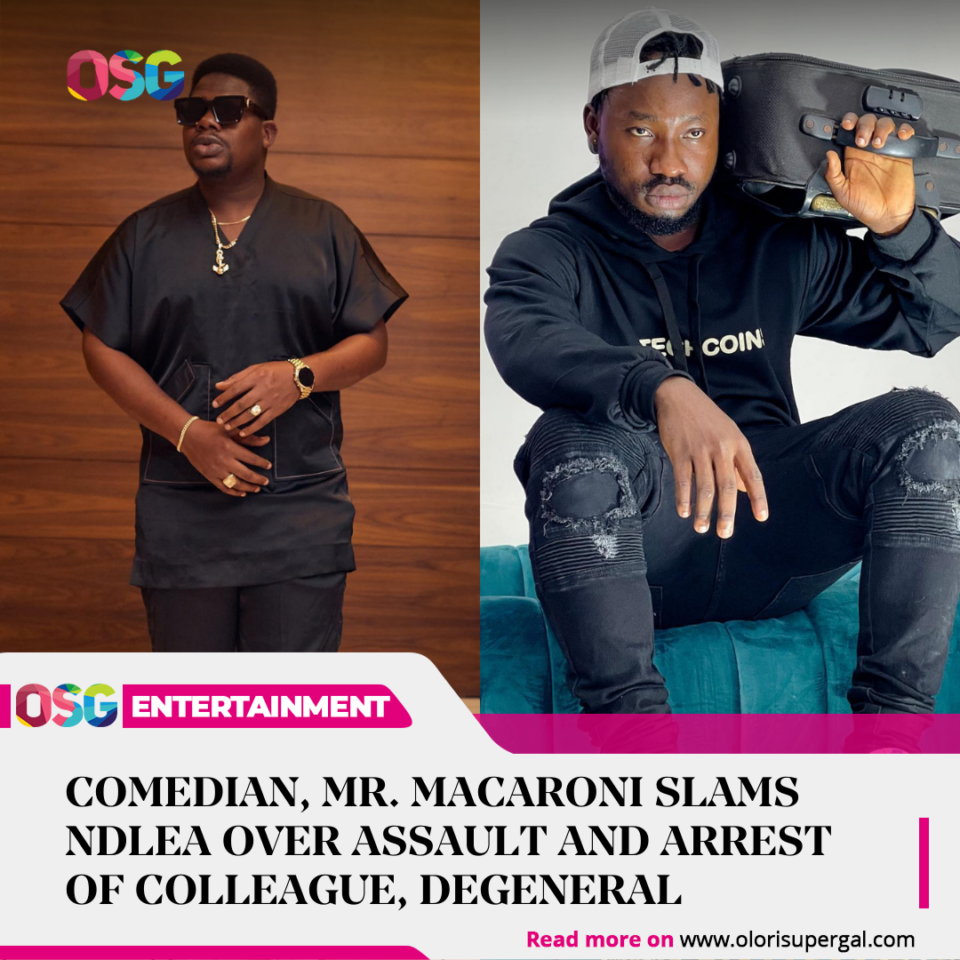 Nigerian comedian, Mr. Macaroni has criticized the Nigerian Drug Law Enforcement Agency NDLEA for the arrest and assault of his colleague, Sunday Joshua Martins, better known as the DeGeneral.

“So you people’s work is to enter people’s houses in the middle of the night to beat and harass citizens. This is happening right now. We don’t know where they have taken him to. Oppressors everywhere.”

A spokesman of the NDLEA Femi Babafemi confirmed to TheCable Lifestyle that DeGeneral is being held in the agency’s custody.

He also alleged that certain illegal drugs were found on the skit maker during the raid, thereby necessitating his arrest.