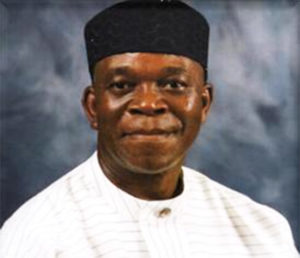 A former minister for commerce and industry, Charles Ugwuh has emerged the State Chairman of the Peoples Democratic Party (PDP) in Imo State.

This was after a total number of 12 contestants vied for the position of State Chairman during the State Congress which held on Saturday, 1st August at the Kanu Nwankwo Sports Complex in Owerri.

The former minister for commerce and industry, Charles Ugwuh, however emerged the consensus candidate for the party’s chairmanship position after much deliberations and consultation. Afterwards, he thanked the officials of the Independent National Electoral Commission (INEC) and officers from the PDP National Headquarters for their close observations during the Congress.

Angela Okorie Drops the Visuals for Her ...