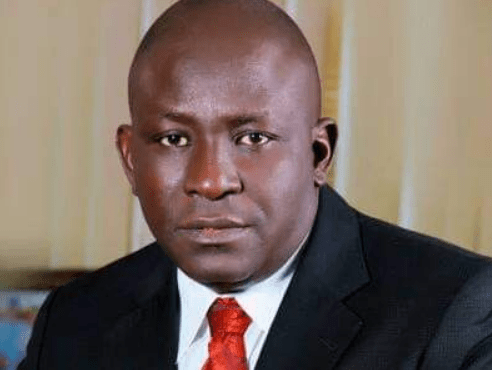 Mr. Gimba Kumo, a former son-in-law to President Muhammadu Buhari, has broken his silence after reported to have been wanted by the Independent Corrupt Practices and other related offences Commission (ICPC) for the alleged misappropriation of $65m.

Kumo has released a statement signed by his lawyer, Chief O.U Orji, and Uwem Umoawan, where he described the development as unfortunate.

The letter read in part, “We were reliably informed by our client that he was never served with any official invitation in line with Section 29, 30, 31, and 32 of the ICPC Act, 2000.

“Since he left the FMBN, his private office and home addresses are well known to the public as both the DSS and the EFCC have also effected service/invitation to him personally which he honoured without any hesitation on the same issues as he does not have anything to hide.”

Gimba Yau Kumo, a native of Gombe State is a graduate of Ahmadu Bello University, Zaria and he served as Managing Director of the Federal Mortgage Bank of Nigeria, under ex-President Goodluck Jonathan.

It could be recalled that barely a week after Kumo’s marriage to President Buhari’s daughter, the Economic and Financial Crimes Commission (EFCC) went after him over a three billion naira fraud he allegedly committed as Managing Director of Federal Mortgage Bank of Nigeria.

In a statement issued by Azuka Ogugua, spokesperson of the anti-graft commission, he asked anyone who had information on the whereabouts of the trio to report to the ICPC headquarters or the nearest police station.

“The persons whose pictures appear above, Mr. Tarry Rufus, Mr. Gimba Yau Kumo and Mr. Bola Ogunsola, are hereby declared WANTED by the Independent Corrupt Practices and Other Related Offences Commission (ICPC) in connection with issues bordering on misappropriation of National Housing Funds and diversion of the sum of Sixty Five Million dollars ($65,000,000),” the ICPC said.

“Anyone who has useful information on their whereabouts should report to ICPC Headquarters Abuja, any of the ICPC State Offices or the nearest police station.”