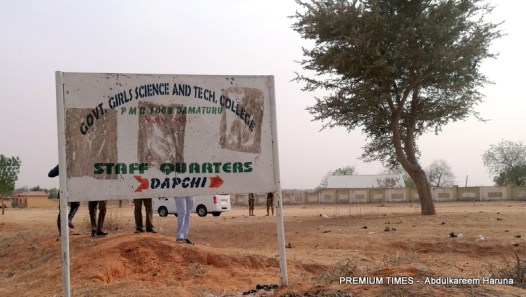 President Buhari has however spoken concerning the incidence four days after the attack on a girls’ school in Dapchi, Yobe State.

President Muhammadu Buhari has spoken publicly about it.

He listed the steps his administration has taken to find the missing girls.

Read the full statement below.

“President Muhammadu Buhari has assured the families of students reportedly abducted from the Government Girls Technical College, Dapchi, Yobe State, that no effort will be spared to bring succour to them.
According to the President, “When I received the devastating news of the attack on the school and the fact that the local authorities could not account for all the students, I immediately dispatched a high-level delegation on a fact-finding visit to the town. I also instructed the security agencies to deploy in full and not spare any effort to ensure that all the girls are returned safely, and the attackers arrested and made to face justice.
“The entire country stands as one with the girls’ families, the government and the people of Yobe State. This is a national disaster. We are sorry that this could have happened and share your pain. We pray that our gallant armed forces will locate and safely return your missing family members.

“Our government is sending more troops and surveillance aircraft to keep an eye on all movements in the entire territory on a 24-hour basis, in the hope that all the missing girls will be found.”