She passed away after a battle with cancer.

A statement signed by the state’s Commissioner for Information; Tayo Ekundayo, announced the demise of Mrs Olayinka, late Saturday night.

“It is with sadness but with gratitude to God, the passing of the State Deputy Governor, H.E. Mrs Olufunmilayo Adunni Olayinka, aged 52, after a tough but courageous battle with cancer” the statement read.

“She died on Saturday evening.”

The late Mrs Olayinka, was an accomplished banker who worked in the financial industry for 21 years before her foray into politics and election as the deputy governor of Ekiti state on the platform of the Action Congress of Nigeria (ACN). 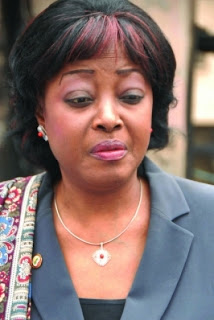 She was sworn in as the deputy governor on the 16th of October 2010 alongside the state Governor, Kayode Fayemi.

“She demonstrated exemplary courage and dedicated service to Ekiti people both during the struggle to retrieve the stolen mandate and in her position as Deputy Governor.”

The late Mrs Olayinka holds a bachelor’s degree in business administration and a Master’s degree from the Central State University, Edmond, Oklahoma,

She is survived by her husband and children as well as aged parents and siblings.