Bovi Celebrates His Grandmother At 81 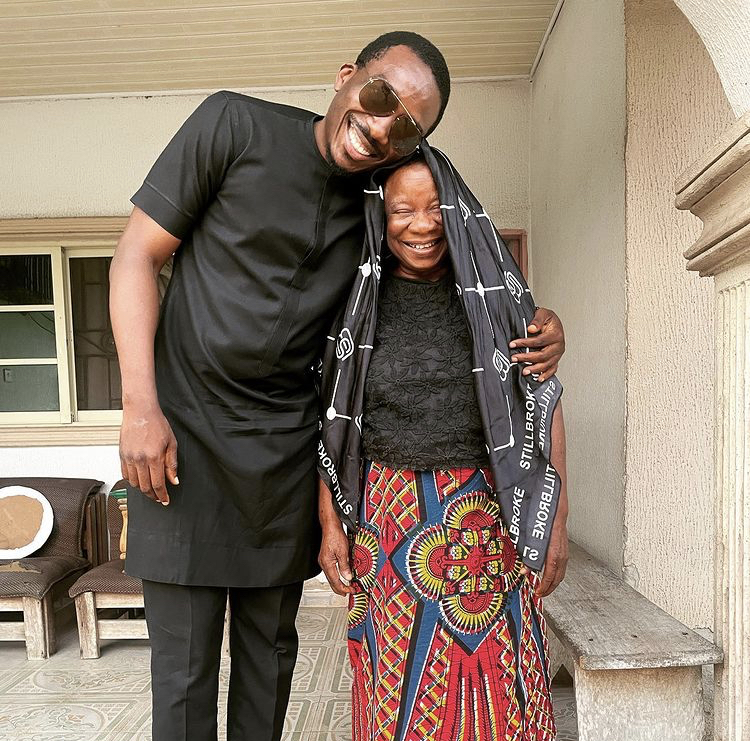 Nigerian comedian, actor, and writer, Bovi celebrates his grandmother, Joanna, on her birthday, as she clocks 81.

Bovi, recounts the tragedies she went through in life and how she lost 3 of her children tragically.

In his Instagram post, the comedian, revealed that his grandmother had 9 children but his late mother was the only girl child she had along with 8 other son’s but unfortunately she lost 3 of them tragically. The first son she lost was killed by assassins and the second son she lost died in an accident and unfortunately, she lost her only daughter to an illness.

Bovi futher disclosed that his grandmother prayed to God, to take her life but that didn’t happen. Now, she has been blessed with a number of grandchildren and great-grandchildren that she cracks up with her smiles.

Being her first grandchild, Bovi decided to let the world know how strong his grandmother has been despite all the tragedies she’s been throug. He classified her as his hero saying she’s the strongest woman he knows.

Bovi also added that he missed her 80th birthday last year because he contracted Covid-19 but this year is safe and sound to celebrate her and the photo he shares is a recent one which shows his grandmother is still as strong and charming as ever.