Big brother Naija 3 is really turning to double wahala. A certain viewer of the ongoing reality TV show, identified as Mz Kaima, has threatened to take her own life unless the organisers evict controversial housemate, Cee-C from the show. 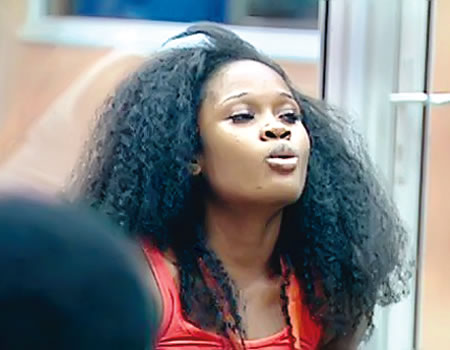 Kaima, who was dissatisfied by CeeC’s conduct and the general lack of camaraderie in the house, took to her Instagram handle to vent her frustration and resolve to commit suicide.

Tagging BBNaija host, Ebuka Obi-Uchendu, in her post, she wrote, “I barely comment or tag celebrities here, but if you guys don’t take Ceecee out of that house…I will kill myself…

“Big brother is meant to be fun, I enjoyed last year’s edition so much but this year’s edition is the worst in big brother history, it’s like they all hate one another and Ceecee makes it worse…

“Please sir, please talk to the organisers let her leave so we can enjoy the show like we did last year, Tboss drama was s3xy…Ceecee’s drama is fxxking irritating…thank you”.

While many have argued that the post, which went viral during the week, might have been written in jest, it has raised more concerns about the security implications of exposing young people to the show.

Meanwhile, the BBNaija host, Ebuka, has confirmed that Kaima, whose Instagram handle had since been private, was safe and not in harm’s way. In his words, “Yes, she is all right. No death talks”.