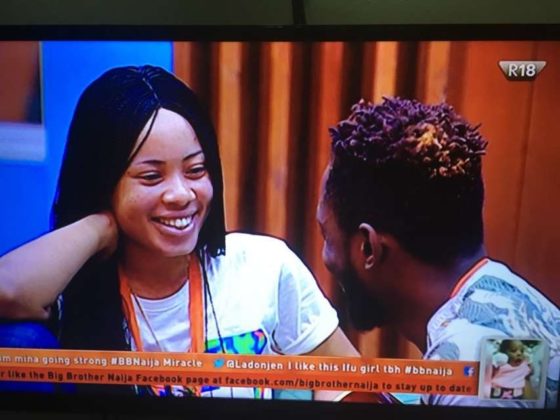 Individually, the housemates were required to nominate any government school from their neighbourhoods that will be supported by Airtel should their creativity surpass others.

This comes after the participants were required to show an act of kindness to their least favourite housemates.

However, the acts of kindness required them to work in pairs, which they all confessed to have enjoyed.

Housemates were also given a task, which will earn them money for the schools they have chosen.

They were asked by Big Brother to play a football match, and each goal scored would earn them N100,000; so, the more goals they score, the higher the money they would get.

At the end of the task, the money won individually would be given to the schools the housemates chose.

Khloe and Lolu scored two goals each and won N200,000 each; Tobi, Alex, Nina and Cee-C scored one goal each, earning N100,000 each for their respective schools; while Miracle won no point and Anto won N800, 000 for her school.