BBNAIJA: Wathoni Narrates How She Got PregnantAs A Virgin 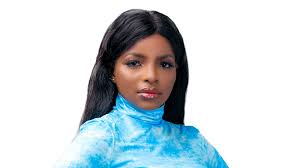 The recently commenced BBNaija Season 5 housemate, Wathoni Anyansi has narrated how she got pregnant without ever sleeping with her lover, in fact she was a virgin then. Adding that she only learnt she was expectant during the fifth month of her pregnancy.

Speaking to YouTuber Lolotalks, Wathoni said she got pregnant at 23 years old and had never had sex prior to the miraculous pregnancy.

According to the mother of one, she only had an intense makeout session with her boyfriend but no intercourse took place.

“I was a virgin till 23. That is when I conceived. After five months I found out I was pregnant,” the lady opened up. However, she remembered seeing her lover ‘release’ on the bed but never expected to hear the cry of a baby nine months after their night of non-penetrative pleasure. They were both naked that night though. Wathoni said she lost a lot of weight and missed her period but did not for once think she was heavy with child because her tummy had still not bulged. When her mother learnt of her situation, all she could do was wonder how such a thing was even possible. “How did this happen? First of all, I was not so keen on my menstruation. It was crazy, even when I told my mother she just laughed,” she added