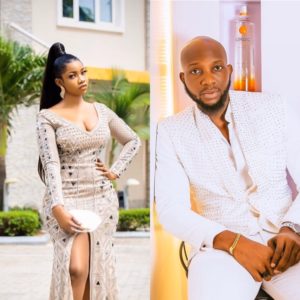 BBNaija 2019 star, Tacha, has lambasted an ex fellow housemate, Tuoyo Ideh, on Twitter. Tuoyo had earlier hinted that she has a low IQ in a tweet while reacting to a “block threat” from Tacha’s twitter.

In the said tweet, the former BBNaija housemate said that following Tacha does not put money into his bank account, telling her to block him whenever she wants.

Quoting a screenshot of his tweet, Tacha said he should not be talking when she is speaking as she berated his “bald head”. 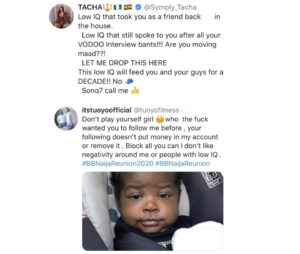