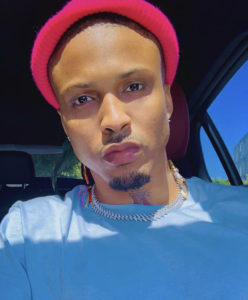 Singer August Alsina has put his own spin on the word “entanglement” with his new single, which appears to refer to his relationship with Jada Pinkett Smith.

The actress used the word when she confirmed she had had a relationship with the musician during her marriage to Will Smith.

He teamed up with Rick Ross on the new single, the R&B singer made the announcement on Instagram yesterday, sharing a clip of American Dad featuring a snippet of the new track.