Ariana Grande has reportedly offered to cover the funeral costs of the victims of Monday’s terror attack in Manchester, according to reports.

Daily Mail UK claims an account dedicated to the pop superstar claims that the devastated singer has pledged to help the families of the 22 people who lost their lives in the bombing of Manchester Arena following her concert.

The site, called Ariana Updates!, shared a post saying: ‘News on Ariana: Ariana has reached out to the families who’s loves ones died last night….she is gonna pay for the funerals!’ 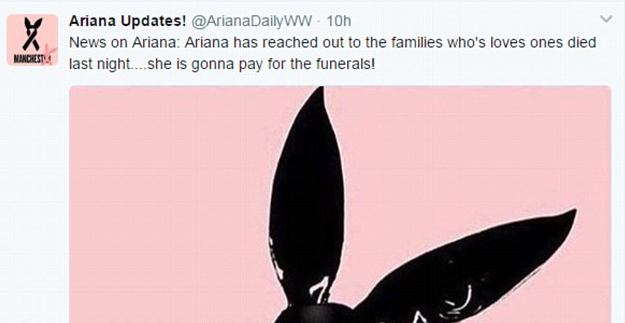