Afenifere Slams Buhari As He Insists On Reopening Grazing Routes 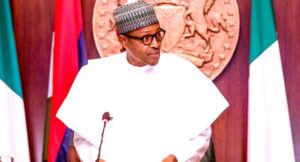 Yoruba socio-political organisation, Afenifere, has faulted the Federal Government’s decision to reopen the grazing routes across the country.

According to Afenifere, the reopening of the grazing routes shows how the government is committed to solving the plight of Northerners and forsaking the problems of the other zones.

The statement read: “The insistence of the present administration on re-opening the so-called grazing routes shows the duplicity, dishonesty and the draconian tendencies of the government,”

“The insistence also further underscores the extent of the disdain and contempt that this administration has for the people.

“We say this because government policies are supposed to be for the people. The majority of the people across the country have embraced ranching.”

“Even the Minister of Agriculture Nanono disclosed that 22 states plus the Federal Capital Territory have agreed to provide land for grazing.

“He went further to give names of the states including the 400,000 hectares of land already said to have been provided by various states.

“What is more, it has been established that the so-called grazing routes did not exist in all the states in the country.

“They would want to go the whole hog. Reopening the grazing routes is unacceptable on any grounds.”