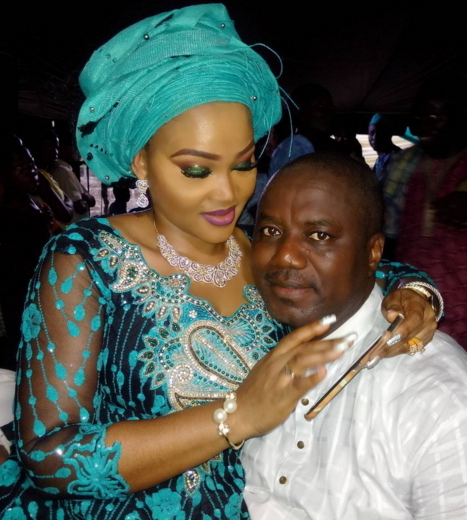 The ex-husband of Nigerian actress Mercy Aigbe has taken to his page to throw a shade at his ex-wife during the father’s day celebration.

It seems that the online battle between the former two love birds isn’t ending anytime soon. The rift between Mercy Aigbe and ex-husband Lanre Gentry gets worst each day as Lanre has threatened to expose Mercy of her dirty secrets.

During the father’s day celebration, the two were seen on social media attacking and throwing shades at each other in their various post. A few hours after Lanre took to his page to shade Mercy Mercy also described him as an irresponsible father in her post.

Reacting to the post of Mercy, Lanre has also taken to his page to threaten his ex-wife of exposing all her dirty secrets to the world as he accused her of being a callous woman and a prostitute.

“@realmecyaigbe, it doesn’t take me a minute to expose all your shady secrets callous inhuman and prostitution acts with all your so call marketer, but I will not, because of my son Olajuwon and your very good mother. But when the time comes the whole world will still know the fake life you’re living and you need to stop all this your arrogant life”.

Afenifere Slams Buhari As He Insists On ...